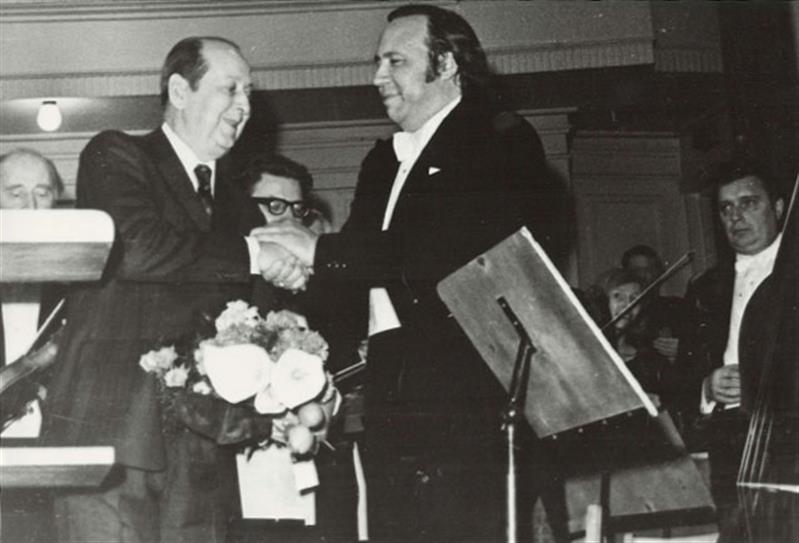 On Monday, 18 June 2018 a commemorative ceremony of reburial of Eduard Tubin and his wife takes place in Tallinn Metsakalmistu. The ceremony starts at 1:00 PM. The reburial is initiated by Eduard Tubin’s son Eino Tubin and has been carried out in cooperation between different cultural and musical institutions of Estonia. On Tuesday, 19 June 2018, a concert dedicated to Eduard Tubin takes place in Estonia Concert Hall at 1:00 PM. Tubin’s works are performed by pianist Ivari Ilja, violinist Sigrid Kuulmann, and Estonian National Symphony Orchestra with Neeme Järvi conducting.

Eduard Tubin (1905–1982) is a symphonist and one of the most remarkable composers in Estonian music. He is an author of ten completed symphonies, several instrumental concertos and orchestral suites, operas “Barbara von Tisenhusen” and “Parson of Reigi”, as well as ballet “The Goblin”. Tubin is a national composer, but his broad understanding of nationalism allowed him to express his ideas using a bold modernist idiom including atonality and jazz. Despite the multifacetedness the style of works of the composer is always recognizable. Due to arriving Soviet troops, Tubin, as many other Estonian artists, fled to Sweden in 1944. His works written during Swedish period retain their national idiom. As such they helped to maintain the faith that Estonian nation and culture would survive despite the hard times.

Erika Tubin (1916–1983) got married with Eduard Tubin in 1941. She was a dancer and later an actress in Vanemuine Theatre in Tartu. She also wrote libretti for ballets “The Goblin” and “Wonderbird”. She worked as a draftsman in Sweden.