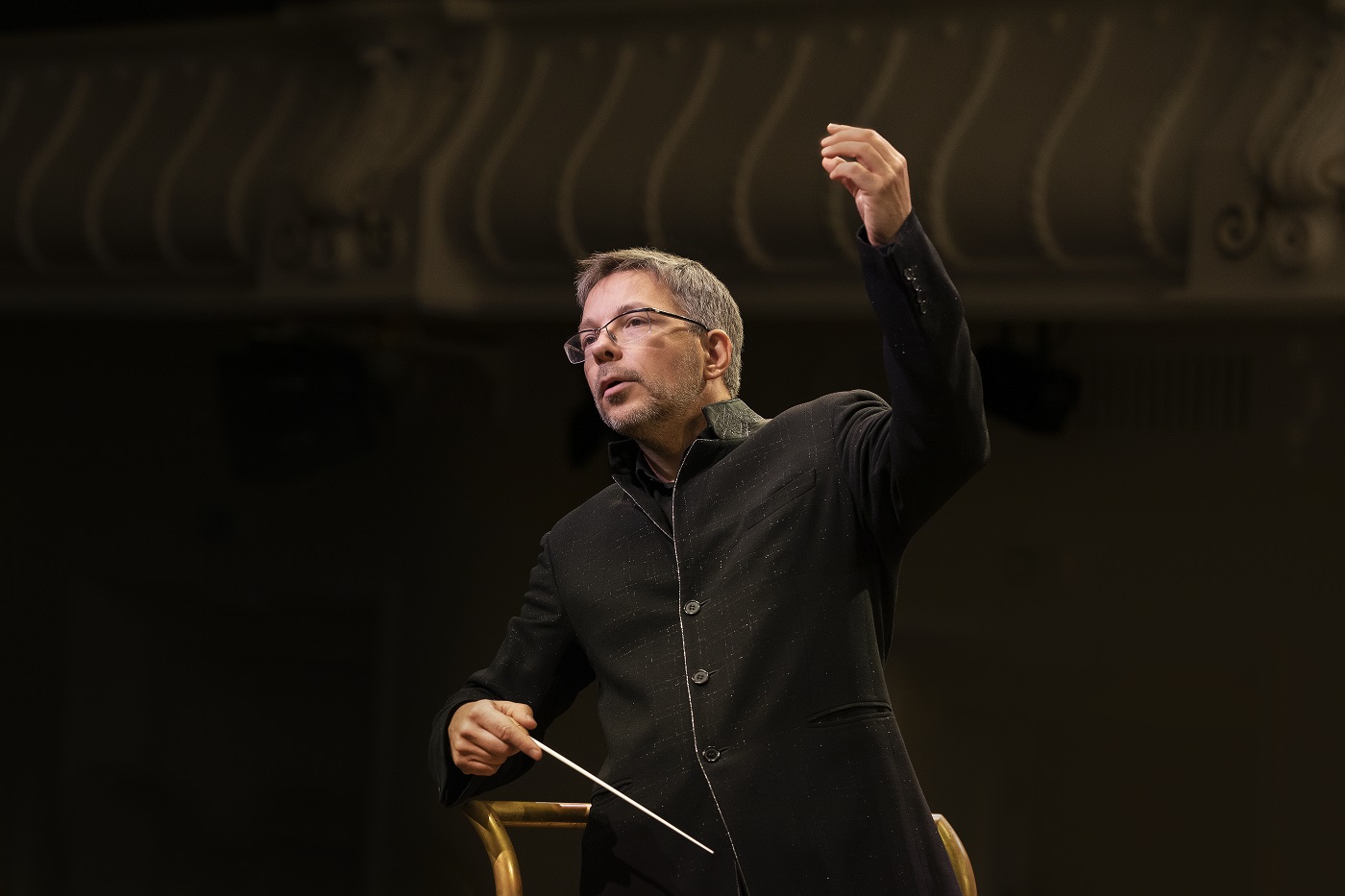 On 11 September, the Estonian National Symphony Orchestra (ERSO) will begin its 94th season at Estonia Concert Hall. The audience will be able to watch the concert at Estonia Concert Hall as well as via a live broadcast on the new online platform erso.tv and Klassikaraadio. Olari Elts, the new chief conductor and artistic director of the orchestra, will start on his position from this season. The central concepts of the season are Ludwig van Beethoven, who was born 250 years ago in December, and the musical revolution that was sparked by his musical genius and creation.

‘The fact that the world is the way it is on Beethoven’s 250th birthday is actually very Beethovenian,’ says Olari Elts, the new Chief Conductor and Artistic Director of the orchestra. He adds that the season will start with Beethoven’s third symphony, Eroica, and his violin concerto. By spring, all of the composer’s most famous symphonies will have been performed. ‘In December, near the actual anniversary of Beethoven’s and also ERSO’s birth, Leonore, the initial version of Beethoven’s only opera, will premiere in concert in Estonia. We will also clear the mystery around the fact that Beethoven cooperated with August Kotzebue, one of the most scandalous figures in theatre history, who spent much of his career in Estonia,’ says Elts, introducing ERSO’s joint project with the Drama School and Symphony Orchestra of the Estonian Academy of Music and Theatre and with the Estonian Philharmonic Chamber Choir. ‘It will be a season of plenty of excellent music as well as wonderful conductors and soloists. I am glad that ERSO has been in the best possible hands and that we will continue to enjoy the brilliant concerts and musicianship of Neeme Järvi, our Honorary Artistic Director for Life,’ Elts adds.

In August, ERSO and the Estonian Philharmonic Chamber Choir introduced the idea of the Heliorg concert hall. That is why one of ERSO’s concert series also bears the name ‘Heliorg’. The series will begin with the gala concert of International Music Day and the awards ceremony. The finale of the series is the closing concert of the season, ‘Grand Final’, where, in addition to Beethoven’s Ninth Symphony, excerpts of Jüri Reinvere’s newest opera Minona will be premiered to the Estonian audience.

There will be plenty of fascinating and continuous programmes, brilliant soloists, and beloved conductors. At the season’s opening concert, an interpretation of Beethoven’s violin concerto will be performed by Sergey Khachatryan, an Armenian soloist residing in Germany. In October, Denis Matsuev will perform all three of Tchaikovsky’s piano concertos with ERSO. Brahms’ violin concerto will be performed by the young violin virtuoso Daniel Lozakovich. Steven Isserlis and Alban Gerhardt, some of the best cello soloists in the world, will perform cello concertos by Dvořák and Schumann with ERSO, respectively. Considering the current situation, all the organisers can do is hope that all of the invited soloists and conductors will be able to perform in Estonia. Correct compliance with security measures will be ensured and everyone arriving from abroad will have to be tested for the coronavirus.

Several concerts that had to be cancelled in spring will also take place in autumn, including the multimedia concert taking place next week, where the newest work of one of America’s most influential composers, Steve Reich, will be introduced to the Estonian audience under the guidance of Olari Elts. At the start of the concert, the Lepo Sumera Award of the Estonian Composers’ Union will be presented for the fifth time.

As a new initiative, the groundwork was laid for collecting private donations for commissioning music via the foundation Kultuuripartnerluse SA. According to its director, Meelis Kubits, participating in the commissioning of music is another excellent opportunity to support Estonian cultural export. Member of the Board Kristjan Hallik notes that lending a hand to creating music provides the opportunity of supporting the most important people in our culture – the creators. ‘By participating in the commissioning of music, our sponsors can contribute to a process that is changing history – the music created thanks to this support will remain a part of Estonia’s cultural history and will still be performed in decades or even centuries,’ Hallik adds. As the first project, a piece for a symphony orchestra and the French horn quartet German Hornsound will be commissioned from Erkki-Sven Tüür as a collaboration between four orchestras. This will be the composer’s tenth symphony. The commission is given by ERSO, Konzerthausorchester Berlin, the Hong Kong Philharmonic Orchestra, and the Bochumer Symphoniker.

The Government of the Republic has regulated that starting from September, concert halls can be filled up to their regular capacity. Despite this decision, ERSO will not sell the full number of available tickets, but will release them for sale based on the level of danger. The organising team of the orchestra is working to ensure a memorable concert experience for the audience in any situation. Many possible scenarios have been taken into account and ERSO will do everything it can to make the orchestra’s 94th season proceed as planned and provide excellent musical experiences for both the listeners and the performing musicians.

Starting from next week, ERSO will be divided into two separate groups of musicians. They will rotate every two weeks and if someone from one group falls ill or needs to stay quarantined, the switch will be made immediately to continue preparing for concerts with the second group, which will have been working independently. This way, ERSO hopes to stay active throughout the season and perform all concerts as planned.

The opening concert of ERSO’s 94th season on 11 September at 7 p.m. will be free for everyone via erso.tv and will be available on demand later.