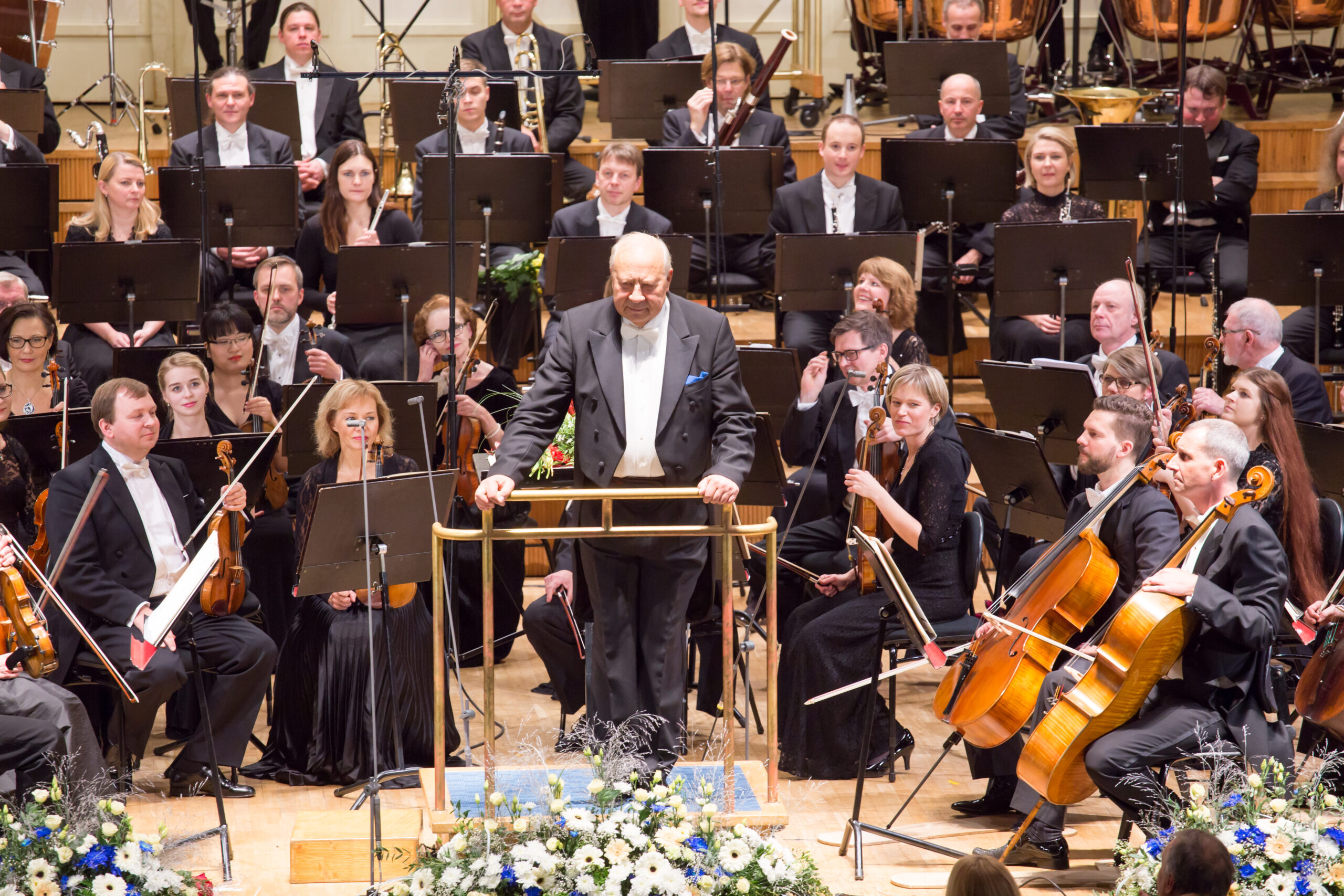 Kristjan Hallik, Member of the Board of the Estonian National Symphony Orchestra, signed a contract with ENSO’s artistic director and principal conductor Neeme Järvi, according to which Järvi will continue in the same position until 2020.

ENSO and Neeme Järvi’s plans for the coming years include a concert tour of the USA (2018), and the performance of Rudolf Tobias’ oratory “Jonah’s Mission” at the Konzerthaus Berlin (2018). At the beginning of the 2017/2018 season, there are also plans to record Gustav Mahler’s First Symphony and the song cycle “Songs of a Wayfarer” with the world-famous baritone Thomas Hampson, in collaboration with the renowned DVD producer Cultural Media Collaborative.

During the coming seasons, the orchestra is planning to perform all of Beethoven’s symphonies under the baton of Neeme Järvi. Recordings will also continue, as well as presenting exciting soloists at ENSO concerts.

Neeme Järvi considers the quality of ENSO to be high, and the working atmosphere excellent, “There is currently an enthusiastic and seriously creative mood in ENSO. I can sense that everyone’s interested in the results being as good as possible,” the maestro said.

ENSO together with Neeme Järvi will continue in the orchestra’s current direction, which aims to balance between traditional classical music and new contemporary trends. The collaboration between ENSO and its current principal conductor continues to also attract attention internationally. Last week, the list of nominations for the International Classical Music Awards 2017 was revealed, with the album of Prokofiev’s violin concertos performed by ENSO, Neeme Järvi and the violinist Vadim Gluzman and published in spring this year being one of the nominees in the category of Best Collection. The winners will be announced on 20 January 2017.

Neeme Järvi’s cooperation with ENSO began in 1956, in 1960 he became a regular conductor and in 1963 the principal conductor of the Symphony Orchestra of Estonian Radio (the present Estonian National Symphony Orchestra). Neeme Järvi’s arrival brought about a considerable improvement and stabilization in the quality of the orchestra’s performance. Neeme Järvi’s reunion with ENSO after his emigration to the US early in 1980 happened in 1993, from the season 2010/2011 he is the artistic director of ENSO again.

Neeme Järvi has been of the most active promoters of Estonian music in the world. He and ENSO have been the first to perform such Estonian musical compositions as Arvo Pärt’s Symphonies No 1 (1964) and No 3 (1971, dedicated to Neeme Järvi) and Eduard Tubin’s Symphony No 8 (1967).