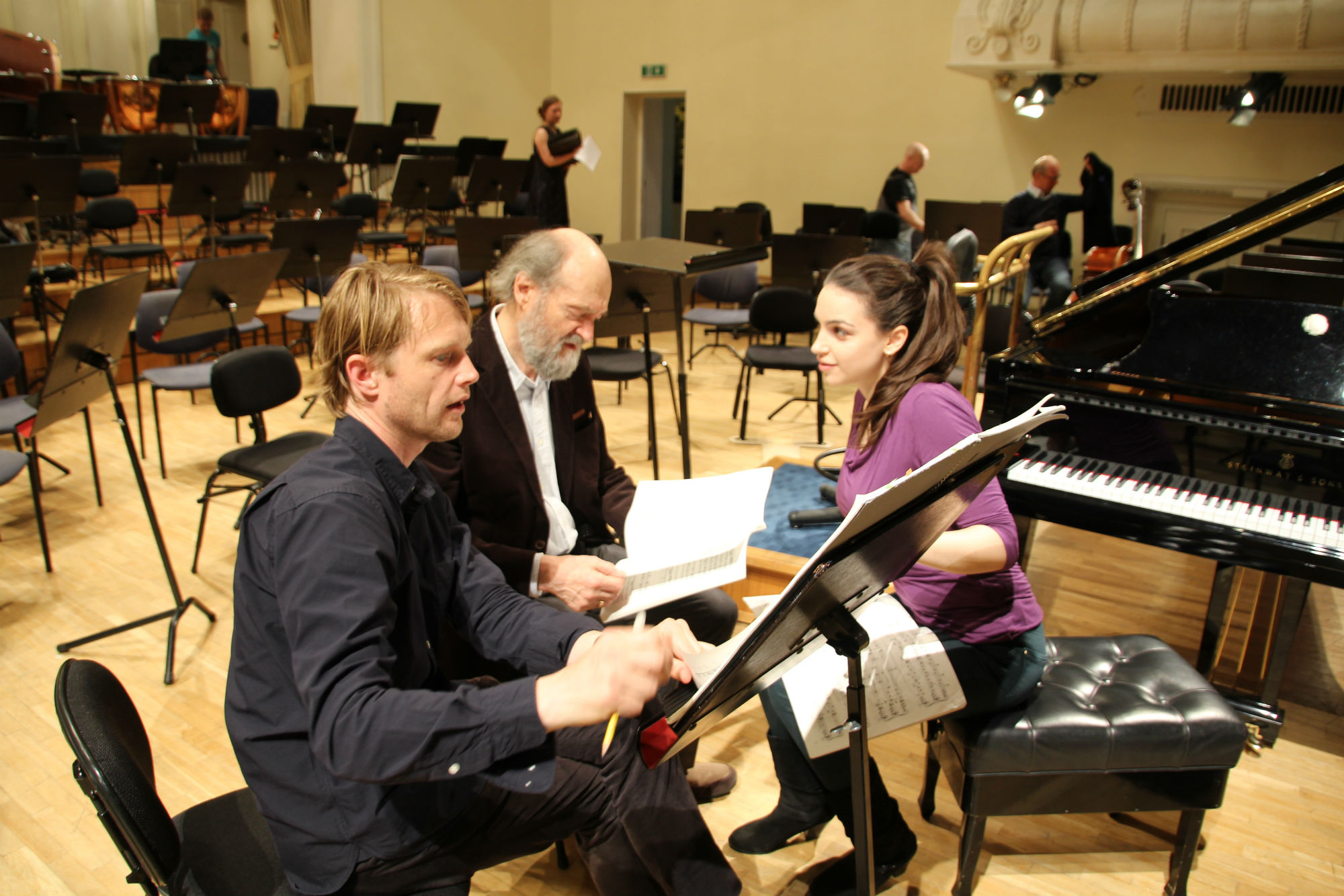 On Thursday 5 May the Estonian National Symphony Orchestra is making its debut performance at Cologne Philharmonic Hall. Under the baton of Dutch conductor Bas Wiegers the orchestra will perform a concert at the contemporary music festival “Acht Brücken” (“Eight Bridges”).

The “Eight Bridges” festival is now in its sixth edition. Each year the festival focuses on a different theme and one particular composer. This time the festival has “Music and faith” as its title and the focal figure is the Russian composer Galina Ustvolskaya (1919–2006). Ustvolskaya resided in St. Petersburg and studied with Dmitri Shostakovich. During the Soviet era and especially during the years of Stalin’s terror she kept her compositions to herself. As such they were not commonly performed until the late 1980s. The festival lasts 11 days, consists of 57 events and includes 14 world premieres.

In Cologne, ENSO and conductor Bas Wiegers are performing Arvo Pärt’s “Lamentate” for piano and orchestra and Galina Ustvolskaya’s “Symphonic poems” No. 1 and 2. The soloist in “Lamentate” is Olga Scheps – a well-known Russian performer of music from the romantic period as well as music by Russian composers who currently resides in Cologne. ENSO’s concert will be recorded by West German Broadcasting Cologne, and in collaboration with the European Broadcasting Union (EBU) it will be broadcast on Klassikaraadio on 27 May.

According to Bas Wiegers, ENSO is in very good shape at the moment. “The collaboration with ENSO has been excellent, the orchestra works diligently and the musicians react quickly. One can sense that the orchestra has lots of experience performing music by Arvo Pärt. I am especially happy to have had a chance to work directly with Arvo Pärt during the rehearsals. Cologne Philharmonic Hall is an outstanding concert hall and the orchestra will definitely enjoy playing there,” said Wiegers.

Previous editions of the “Eight Bridges” festival focused on Pierre Boulez and modern French music (2011), John Cage and American music (2012), Greek-French composer Iannis Xenakis and electronic music (2013). Common themes of the past few years have been “Pulse” – everything that fits in the field between the human pulse and mechanical rhythms (2014), and “Music and politics” (2015). Performing works by Ustvolskaya is a logical continuation of last year’s theme.