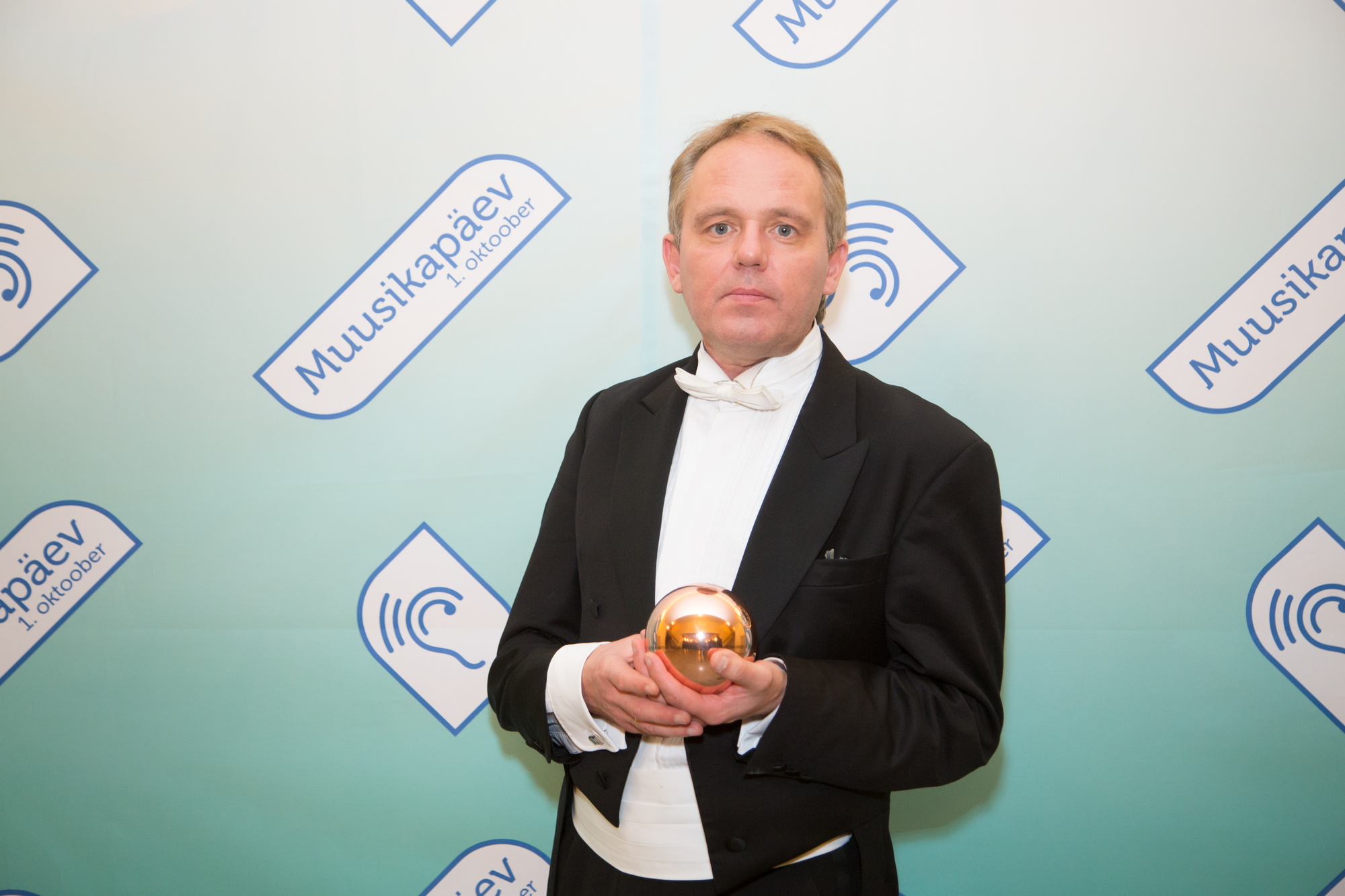 The Estonian National Symphony Orchestra (ENSO) is pleased to announce that its leader, Arvo Leibur, has been awarded the Annual Prize from the Cultural Endowment of Estonia for Music for his significant contribution to musical life and the development of string playing in Estonia.

ARVO LEIBUR is a recognised violin soloist, chamber musician and leader of orchestra. He is a two-time prize winner of the State Violin Competition and is a laureate of several international violin competitions. He was awarded the Estonian Music Council’s Interpretation Prize for his input into shaping ENSO’s sonority and his outstanding work as a soloist (2005), the Orange-Nassau Order of The Kingdom of the Netherlands (2008), and the Annual Prize from the Cultural Endowment of Estonia for Music (2015). Arvo Leibur has performed as a soloist with Estonia’s leading orchestras, encompassing almost 30 appearances with ENSO that include a performance at the Europamusicale festival in Munich in 1993, regular appearances with the Tallinn Chamber Orchestra including a 2005 tour of Japan, as well as appearances with the Vanemuine Symphony Orchestra, Haapsalu Chamber Orchestra, Hortus Musicus Academic Orchestra and various orchestras in Holland and Finland.

Arvo Leibur has performed as a soloist and chamber musician throughout all of Europe. He has recorded a solo CD album entitled “European Virtuosi” with music by Corelli, Paganini, Khandoshkin, Kuulberg, Bull and Wieniawski. Together with the pianist Vardo Rumessen, he recorded an album of Tubin’s violin compositions on the BIS label. Furthermore, he recorded several CDs (“Viva España”, “Tango King Astor Piazzolla”, “Drama”) in collaboration with Terje Terasmaa and Heiki Mätlik.