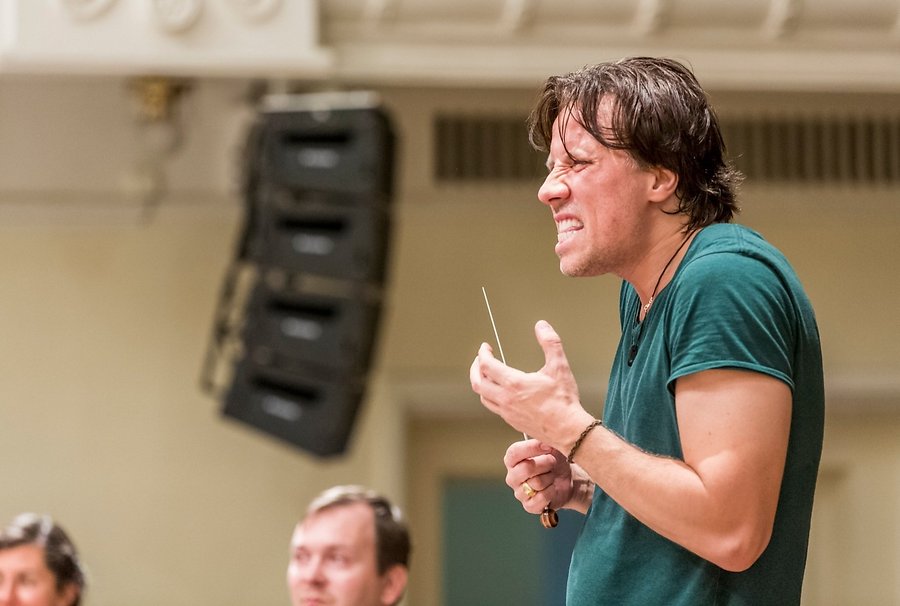 On Friday, 6 November the Estonian National Symphony Orchestra (ENSO) will perform the concert “Pärt and Mahler – Arvo Pärt 80”, which will be recorded by Estonian Public Broadcasting (ERR) and in the very near future aired by TV channel Mezzo. This is the first time ENSO will be featured on Mezzo. The French television channel Mezzo, operating since 1992, focuses on classical, jazz and world music and is available in 44 countries for more than 18 million music fans. Soon after, the concert will also be aired by Estonian Television.

“Pärt and Mahler – Arvo Pärt 80” is a homage by ENSO and its principal conductor Kristjan Järvi to one of the most recognised contemporary classical composers, Arvo Pärt, who celebrated his 80th birthday on 11 September. The concert brings together the work of two charismatic creators, Gustav Mahler and Arvo Pärt, who have both influenced many other composers as well as the culture and music of their time.

Kristjan Järvi: “Both composers composed a Symphony No 1, which represents the time these works were created. Mahler started a new movement in the music of the 19th century, which is also what Pärt did decades later. In my mind, these two musicians share a similar mentality – both of their symphonies have a freshness to them, a comparable sound and the desire to find a new personal expression. In the music of both composers a global thinking and very personal expressions are simultaneously present.”