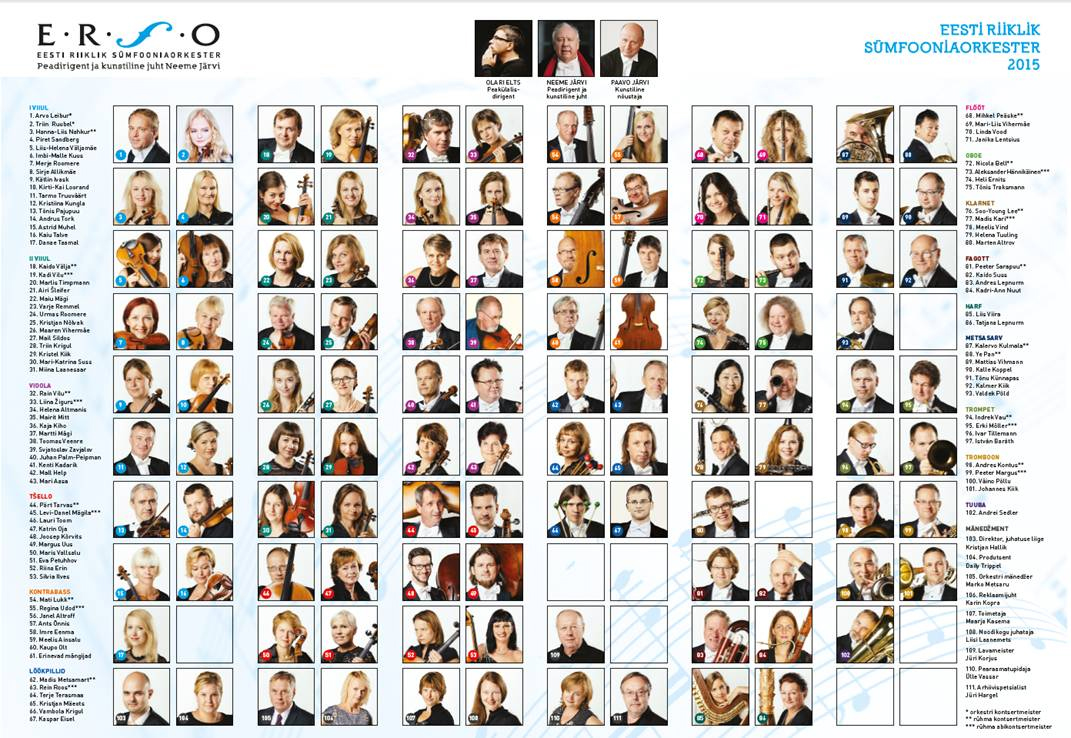 At 9:30 am in the White Hall of Parliament, a concert begins featuring Arvo Pärt’s “Cantus in Memory of Benjamin Britten”, Eduard Tubin’s “Long Anglaise” and “Setu Dance”. Afterwards, the orchestra greets the city residents from the balcony of Toompea Castle, playing the Music Day anthem composed by Olev Ehala.

ENSO General Manager, Kristjan Hallik: “The fact that ENSO performs compositions by Pärt and Tubin at the Parliament of Estonia on Music Day during the Year of Music shows that our country takes pride in the achievements of its classical music scene. Music by Pärt and other Estonian composers as well as our performers’ international activities are our business card to the world”.

On the evening of 1 October, ENSO performs at 7:00 pm in Estonia Concert Hall as part of a festive concert programme dedicated to International Music Day and including an award ceremony organised by the Estonian Music Council and the Endowment for Music of the Estonia Cultural Endowment.

ENSO is pleased to perform on Music Day under the baton of its former long-standing principal conductor, Arvo Volmer, whose successful collaboration with the orchestra extends over 30 years and includes numerous international tours, recording sessions and the recent highly acclaimed performances of Tobias’ oratorio “Jonah’s Mission” in Tartu and Tallinn.

The Music Day concert programme is staged by Veiko Tubin and is broadcast live by both Estonian Television and Klassikaraadio.