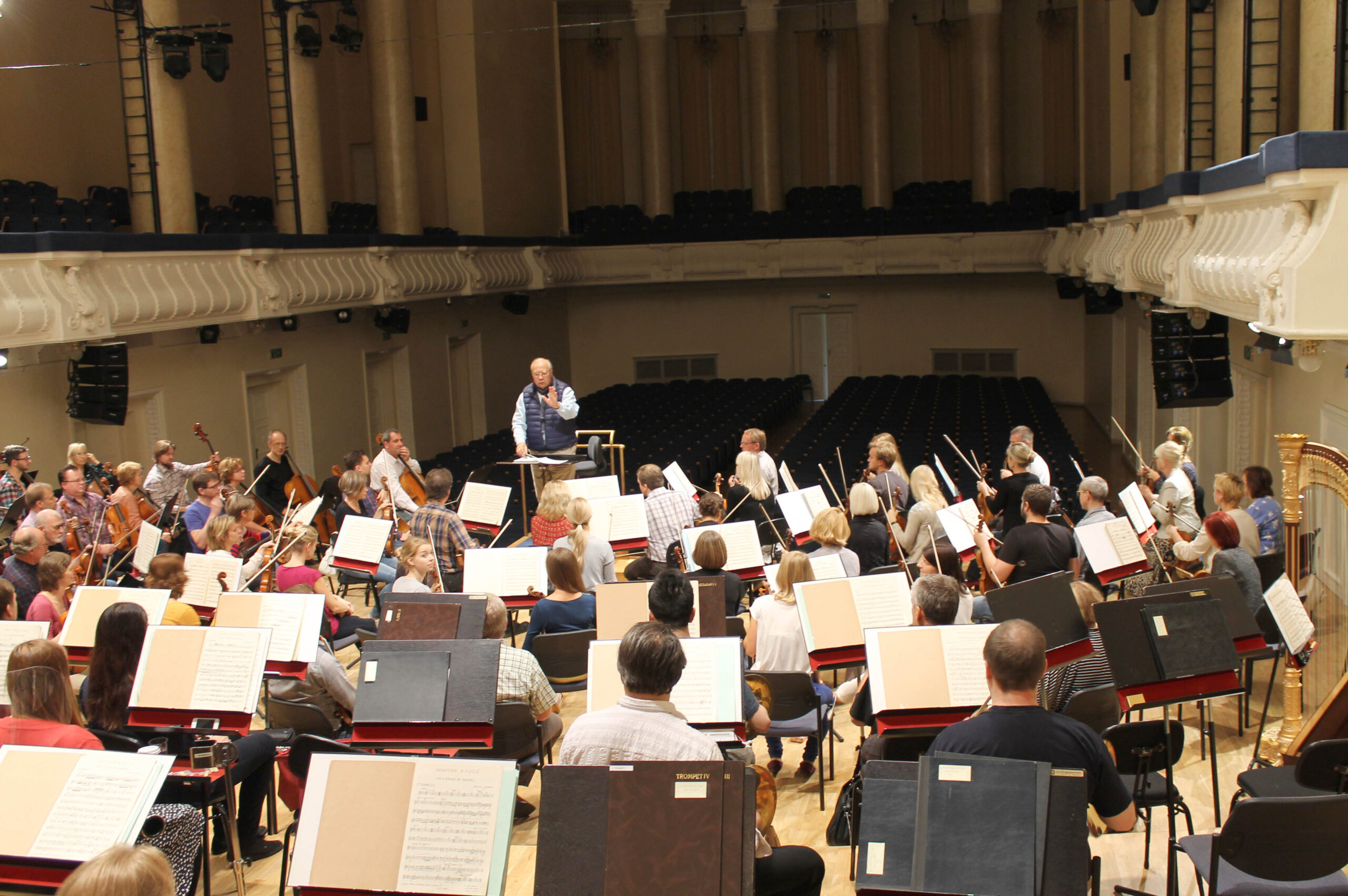 ENSO’s season opens on Friday 18 September under the baton of its principal conductor and artistic director, Neeme Järvi. In addition to works by Scriabin and Brahms, a Violin Concerto by Sibelius will be performed featuring a new leader of the orchestra, Triin Ruubel, who is making her first solo appearance with ENSO.

Estonian classics can be heard at a concert entitled “Legendary” which celebrates the 90th anniversary of the Estonian Composers’ Union, and also at a concert entitled “Pärt and Mahler” dedicated to the 80th birthday of Arvo Pärt. New works by Estonian composers are included in the programme of the concert “Spring in Tallinn”. Alongside some of the best-known compositions in music history (Beethoven’s Symphony No. 5, Mahler’s Symphony No. 1), audiences can hear film music by John Williams, Mussorgsky’s cycle “Pictures at an Exhibition” together with an animation film of the same name by Tezuka Osamu. At the Nordea Concert Hall and Narva Cultural Centre Geneva, Gustav Holst’s magnum opus “The Planets” will be presented together with a documentary of the same name based on some recent cosmic discoveries. Maestros Kalle Randalu and Neeme Järvi will continue with the performance of Beethoven piano concertos, and a glamorous musical fashion show entitled “Fashion in the Opera” will bring together Italian opera music and elegant evening outfits by Katrin Kuldma.

Two concerts will feature ENSO’s chamber ensembles. “The Two Pigeons” presents chamber music variants of operatic and ballet works. “Paris. La Belle Époque” takes the audience on a tour of Paris at the beginning of the 20th century. The programme includes, among other compositions, a concert suite from Stravinsky’s ballet “The Soldier’s Tale”. On three occasions the audience is invited to a pre-concert talk and performance at 6:00 pm that should serve as a brief musical and cultural introduction to the symphony concert. On 23 October, historian David Vseviov will present an overview of revolutionary events in Europe at the end of the 19th century and beginning of the 20th century and Sten Lassmann will perform the piano version of the “Walpurg Burlesque” (the same piece will be heard later in an orchestral arrangement). On 13 November, ENSO’s string section leaders will warm up the audience for the concert “Beethoven & Randalu” with a performance of Beethoven’s String Quartet No. 1. On 25 March, the “Vienna” programme will be introduced by an expert on Germanic culture, Kristel Pappel, who will take the audience on a musical history tour of early 20th century Vienna; Gustav Mahler’s Piano Quartet will also be performed.

For the first time in history: a Baltic tour by the premier Baltic orchestras and concert in Cologne Philharmonic Hall

This spring, the premier orchestras of the three Baltic states will undertake a Baltic tour with mutual visits to all three capitals. Together with its principal conductor Neeme Järvi, ENSO is performing at the Great Guild Hall in Riga on 31 March and at Vilnius Congress Concert Hall on 1 April. The Lithuanian State Symphony Orchestra will visit Tallinn on 11 March under the baton of Martynas Štaškus with the internationally acclaimed Latvian pianist Vestard Šimkus as a soloist. The Latvian National Symphony Orchestra will perform in Tallinn on 9 April along with its principal conductor Andris Poga and violin soloist Eva Bindere.

On 5 May, ENSO will make its debut at Cologne Philharmonic Hall, where it is appearing as part of the contemporary music festival “Acht Brücken” (“Eight Bridges”).

Matinee concerts for the young

Seeking to expand the horizons of students, Estonia’s premier orchestra has included in its programme a whole range of one-hour matinee concerts aimed at young people. These concerts take place at 1:00 pm in the Estonia Concert Hall and are very well suited to serve as a lovely end to a school day or as part of a class trip to Tallinn.