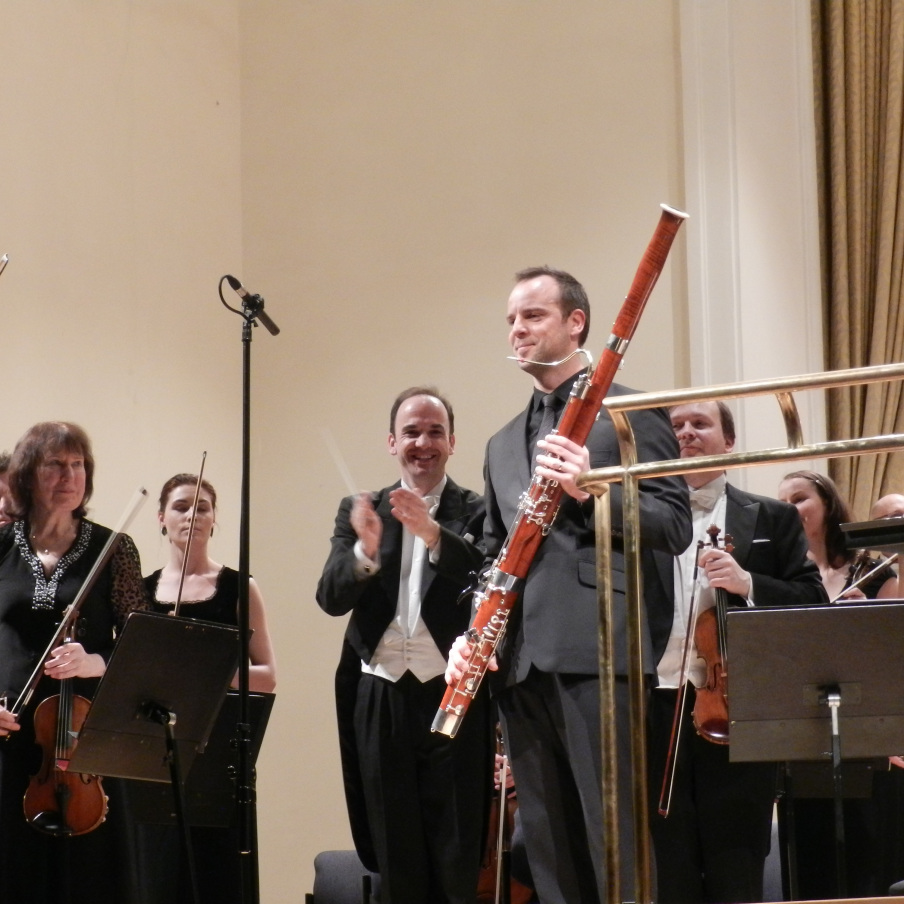 The Estonian National Symphony Orchestra’s special Wednesday evening concert packed a lot into one evening. Two whole symphonies and a concerto left the audience with a warm glow to head into the darkness of another snowy Estonian deep freeze.

The program centered on the performance of bassoonist Martin Kuuskmann for Mozart’s Bassoon Concerto in B flat major, K 191. The piece is the signature work for bassoonists, as the most important concerto featuring the instrument. Kuuskmann was raised in Estonia but has played everywhere and has developed an international reputation for his versatility with the instrument. His performances range from venerable interpretations of Mozart and Bach, to performances of the works of his countryman Erkki-Sven Tüür, Eino Tamberg and Arvo Pärt to avant garde electronica. Kuuskmann attacked the Mozart concerto with brio and bought out the charm of this seldom featured instrument. The bassoon has a vocal quality, and the soloist’s phrasing was striking for its virtuosity. Kuuskmann clearly had concertgoers enthralled with his performance.

The program continued with Felix Mendelssohn’s Symphony No 4 in A major, Op 90 (Italy). Conductor Jonas Alber clearly enjoyed Mendelssohn’s famous work, bounding around the podium, pressing his orchestra to heights of beautiful intensity. The opening Allegro Vivace was especially joyous and pleasing. Brining in a bit of the Mediterranean with the so called Italian symphony is just the thing on a Baltic winter night.

The night began with Hayden’s Symphony No 85 in B flat major. It is a beautiful piece from the height of the classical period and was said to be a favorite of Marie Antoinette, hence its nickname “the Queen” from which the evening’s program took its name. For ERSO concertgoers the Queen was a harbinger of a splendid night’s musical journey, which all told, certainly turned out better than poor Marie’s.