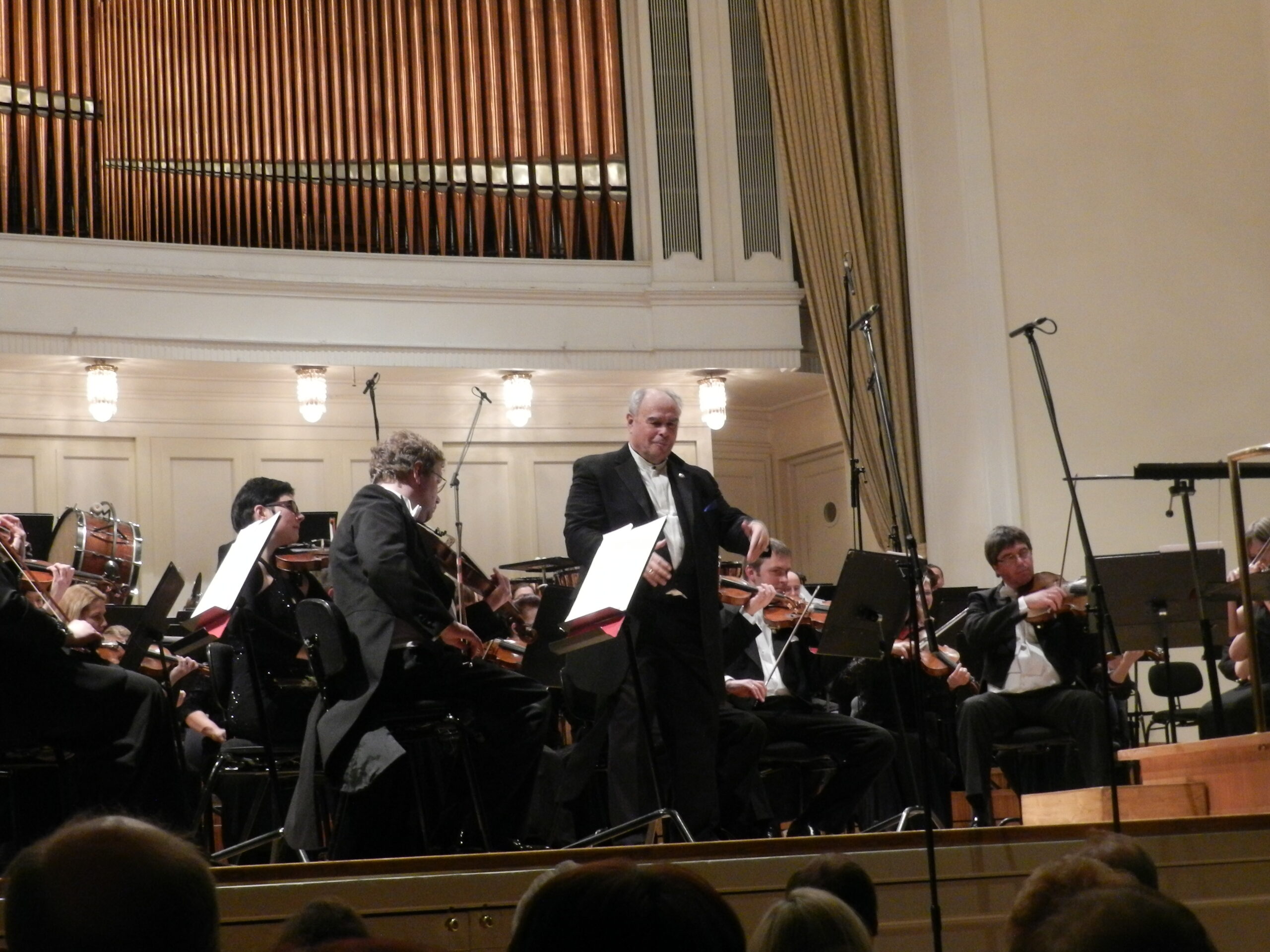 In celebration of the bicentennial of the birth of Richard Wagner and Giuseppe Verdi, a program of bits of the opera legends’ works were performed. Avoiding the grueling crucible of a five-hour Wagner opera for some wonderful highlights from the great theatrical innovator’s works meant getting home at a reasonable hour. Likewise the show’s second half saw some fantastic arias from that most esteemed Italian Romantic.

Things began in Apollonian fashion with the formal, majestic and imposing overture to Wagner’s “Die Meistersinger von Nurnberg”. The singing that followed was the Genius of Bayreuth’s art at its most emotive. International Estonian mezzo-soprano Annely Peebo sung three sublime lieder from Wagner’s “Funf Gedichte fur eine Frauenstimme.”  Currently employed by the Vienna Volksoper, Peebo has a remarkable resume in the Italian and German repertoire, having sung in some of the world’s great opera houses. Her exquisite tone, vocal sustain and wistful far off stare gave these songs beautiful poignancy (See Annely Peebo sing in this clip: www.youtube.com/watch?v=cgdYNa0meNw ).

With visions of Robert Duvall dancing in the collective consciousness, the Wagner set ended with a stirring (what else could it be?) “Ride of the Valkyries” from the “Die Walkure” opera of the massive “Der Ring des Nibelungen” cycle.

After a rest from all the Wagner, the program continued with some beloved works of Verdi. Verdi, no purveyor of lightweight fare either, brought Romantic melodrama Italian style.

At the end things turned festive with the famous duet and chorus “Libiamo ne’ lieti calici” (Let’s drink from the joyous chalices) from “La Traviata”, featuring Veskus and Antilla. This rousing piece really got the audience going, and longtime conductor and Estonian musical theater maven Eri Klass, being a good sport, turned it into an encore as well. A night of superb art ended on a high note and with plenty of time left over to head to the bars for a highball.