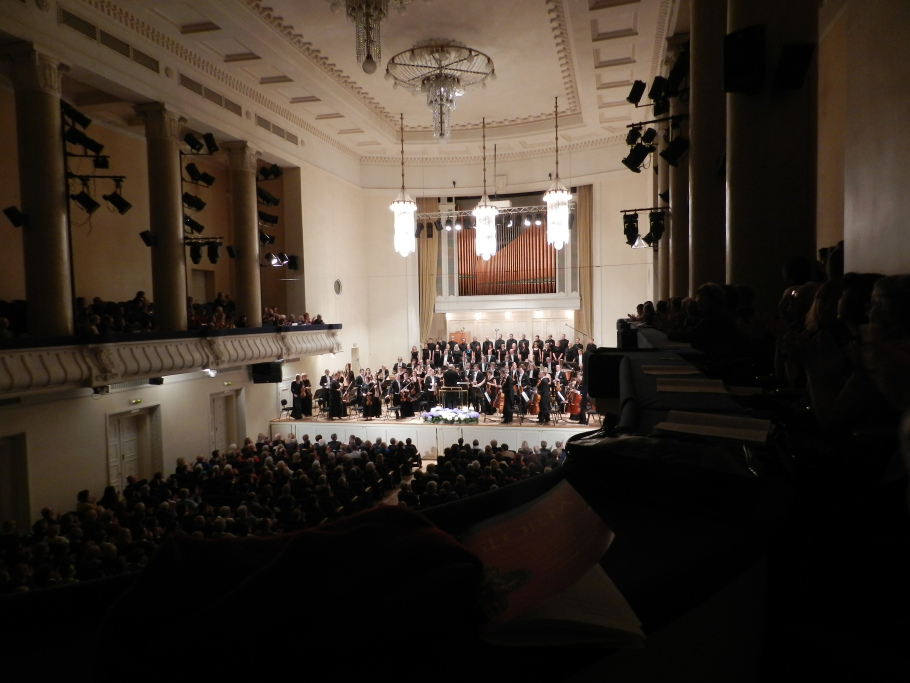 The final concert of ERSO’s 2012/2013 season was a night of religiously inspired music beautiful enough to melt the heart of Richard Dawkins. ERSO’s choice of spiritual, choral driven music had the proper effect of an occasion for a season ending performance. And it was glorious indeed.

The night started with Mozart’s Vesperae solennes de confessore, a sublime work of sacred music. Following was a very different take on the sacred theme from Frenchman Francis Poulenc. It is said that Poulenc embarked on his series of liturgical pieces after a profound and life altering religious experience. This work, Gloria (1961), is as intriguing a piece of church music as you are likely to hear. Gloria has the artistry and aesthetic of modern composition coupled with the timeless and ethereal quality of its genre. Remarkable indeed.

After intermission, the concluding piece was Gabriel Fauré’s Requiem in D minor, opus 48. The work is scored for two soloists, chorus and orchestra and is solemn, as one would expect for a requiem. As she did the whole evening, soprano Kaia Urb stole the proverbial show. An unlikely diva, modest in stage presence and middle aged, Urb was nothing short of amazing in her role as principle soloist in all three works for the evening. Her effort for the aria, Pie Jesu, the most famous part of Fauré’s work, was the night’s highlight.

The Estonian Philharmonic Chamber Choir deserves special recognition for setting the mood and course for the evening’s program as the driving force in each of the pieces featured.

The Estonian National Symphony Orchestra was led by principle conductor and artistic director Neeme Järvi. Järvi is a charismatic conductor, leading the audience through a rousing celebration at the concert’s conclusion and a pleasing encore. A full five minute standing ovation followed. As artistic director, let’s hope the maestro’s selection of a requiem as the last piece for the year isn’t an indication that he’s pondering retirement and that Järvi can at least stick around for a few more fine seasons. A wave of the conductor’s baton as he exited the stage seemed more ‘see you next year” than farewell.