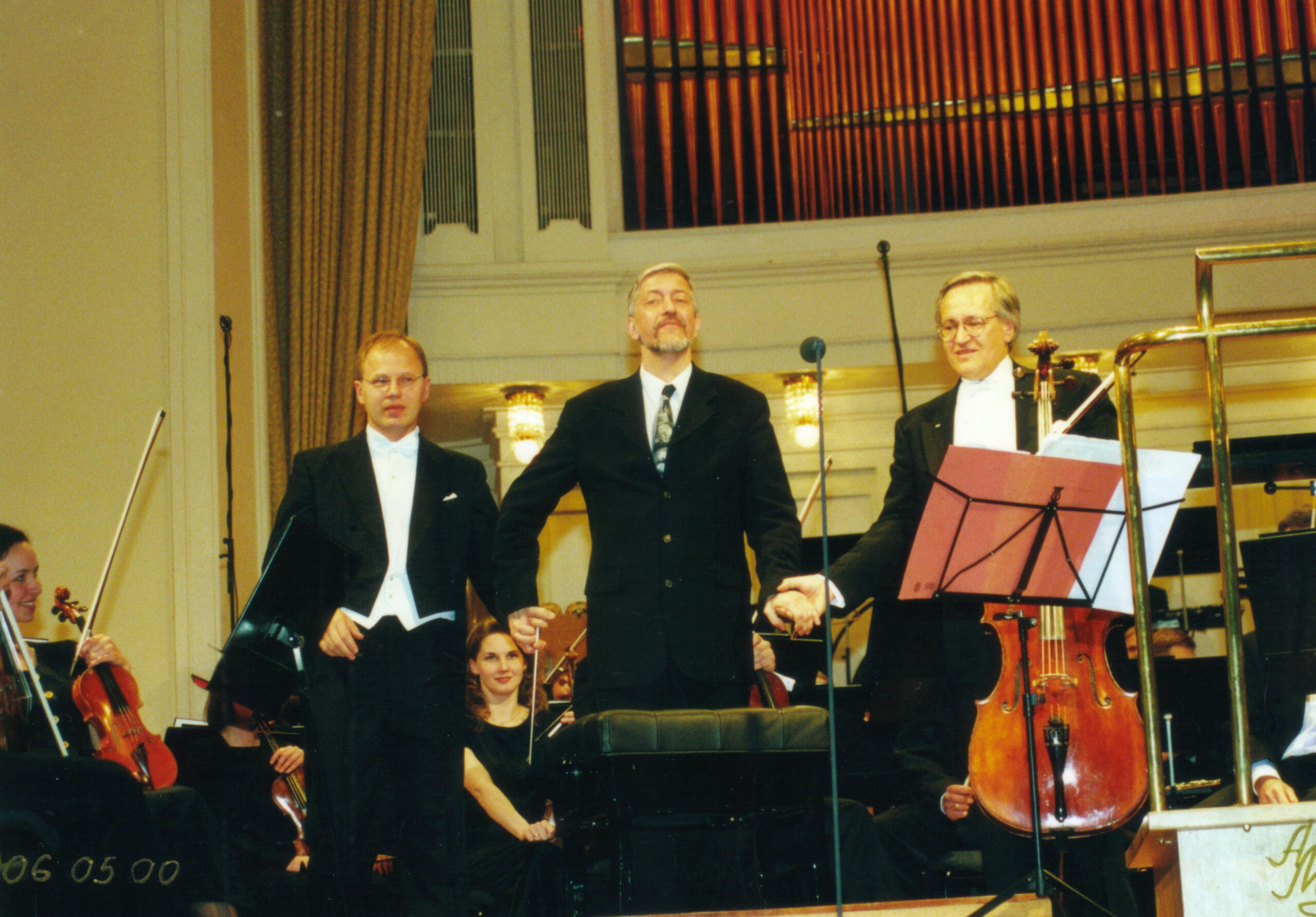 To remember the Estonian composer Lepo Sumera (1950 – 2000) on the 70th anniversary of his birth, on 8 May, the Estonian National Symphony Orchestra soloists and pianist Kadri-Ann Sumera will perform his compositions at the Estonia Concert Hall; the concert will be streamed for free online.

“On 8 May, the stage, auditorium, balconies, and hallways of the Estonia Concert Hall will be filled with music by Lepo Sumera,” the orchestra said in a statement, adding the day would have been the 70th birthday of the composer. “This day will be celebrated with live chamber music, performed by the Estonian National Symphony Orchestra’s soloists and pianist Kadri-Ann Sumera. To give the audience a virtual image of the Estonia Concert Hall, musicians will perform in different areas of the building,” the orchestra said in a statement.

The orchestra originally premiered four of the six symphonies by Lepo Sumera: the first conducted by Vitali Katayev (1981), the second by Peeter Lilje (1984), the third by Paul Mägi (1988), and the sixth by Arvo Volmer (2000). The premiers of the fourth and fifth symphonies were performed, respectively, by Badische Staatskapelle and Eri Klas in Karlsruhe (1994), and by the Malmö Symphony Orchestra and Paavo Järvi in Malmö (1997); both symphonies have also been performed by ERSO.

The Estonian National Symphony Orchestra said Sumera (8 May 1950 – 2 June 2000) was “a charismatic character”; “the main axis of his rich creation” was the symphony orchestra and the pillars of his creation were his six symphonies.

“An orchestra can epitomise grand ideas and broad arches, the colours of an orchestra can portray worlds outside of music and make the audience forget that they are listening to an orchestra or even simply music,” Kadri-Ann Sumera, Lepo’s daughter, added in a statement, describing his father’s love for orchestras.

Lepo Sumera also composed chamber, vocal, theatre and film music. He taught classic composition in the Estonian Academy of Music. From 1990–1992, he was the country’s culture minister, and from 1993–2000, the chairman of the Estonian Composers’ Union. Sumera died of a heart attack at the age of just 50.