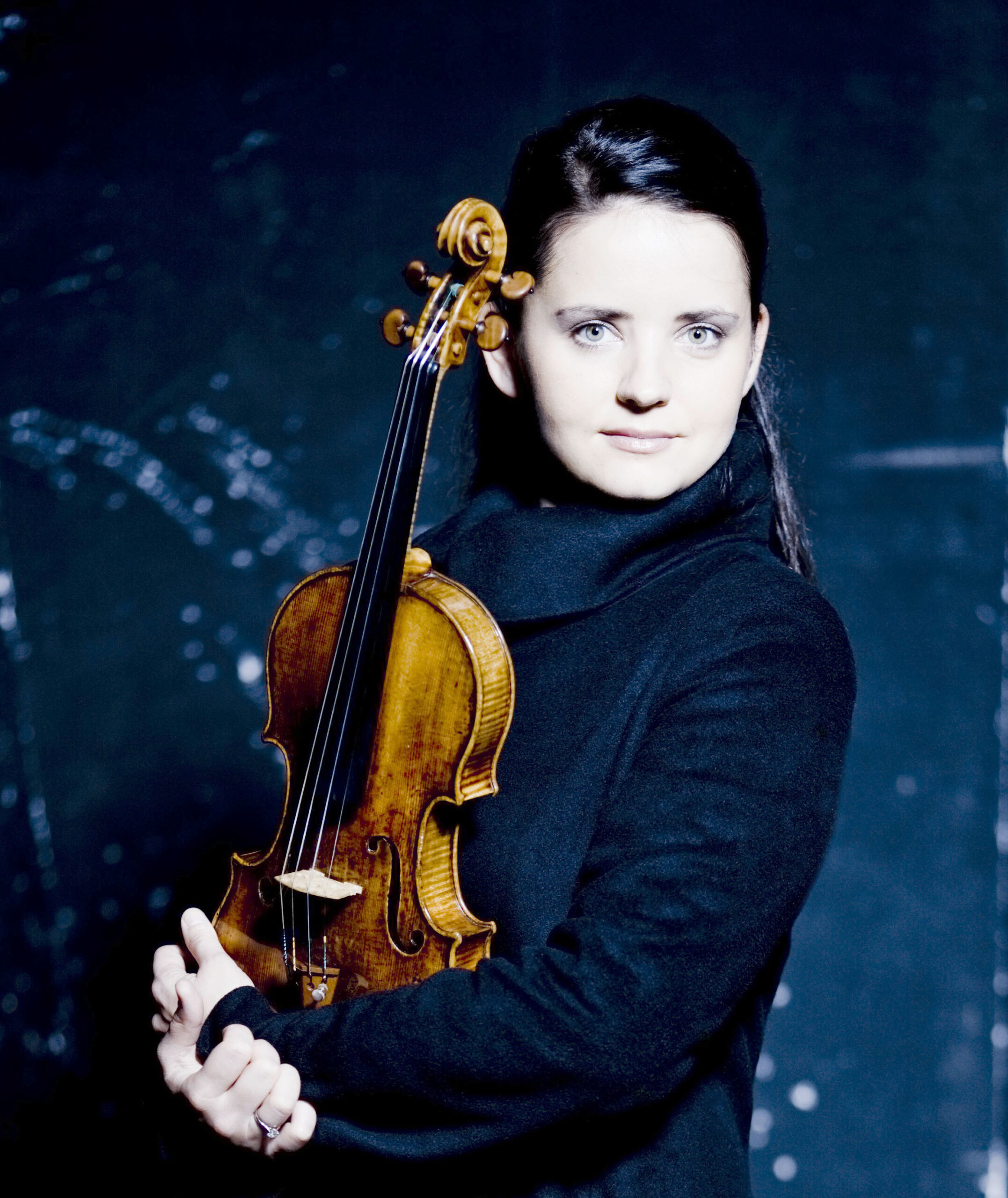 On 15 and 17 November, one of the brightest stars of the world’s concert stages, Baiba Skride — invited to Tallinn and Tartu by ERSO’s guest principal conductor, Olari Elts — will front the Estonian National Symphony Orchestra, in order to present the audience with Estonian music classic Heino Eller’s Violin Concerto. In addition to the concert performances, the piece will also be recorded.

Eller’s Violin Concerto is a work that is difficult to overestimate — Eller composed the very first violin concerto in the history of Estonian music. In addition to Tallinn, the Violin Concerto will also be played in Tartu — Eller’s birthplace, and the historical performances will be celebrated with the release of a CD. Baiba Skride, describing her first encounter with Heino Eller’s Violin Concerto, said, “Eller’s Concerto is rather complex both technically and musically, yet very beautiful. Because I enjoy new challenges, encountering the less known piece was particularly special and exciting for me.”

When commenting on his choice of soloist, Olari Elts was resolute: “Who else, if not Baiba — a violin soloist in excellent form, playing the best-known stages of the world, and having grown up in Latvia is best placed to give credit to Estonian music. Latvians understand us and our art almost as we do.”

The second part of the concert will feature Stravinsky’s figuratively expressive fairytale-esque ballet music Petrushka, and the concert will be opened by the Overture to the opera Die Gezeichneten (The Stigmatized) by Austrian composer Franz Schreker — next spring will mark a hundred years since its first performance and the opera has been re-introduced to the repertoires of several European theatres during the past decade.

Baiba Skride’s natural approach to her music-making has endeared her to some of today’s most important conductors and orchestras worldwide. She is consistently invited for her refreshing interpretations, her sensitivity and delight in the music. The list of prestigious orchestras with whom she has worked include the Berlin Philharmonic, Boston Symphony Orchestra, Concertgebouw Orkest. Sinfonieorchester des Bayerischen Rundfunks, Orchestre de Paris, London Philharmonic, Gewandhausorchester Leipzig and NHK Symphony. Notable conductors she collaborates with include Christoph Eschenbach, Thierry Fischer, Paavo and Neeme Järvi, Andris Nelsons, Santtu Matias Rouvali, Vasily Petrenko, Yannick Nézet-Séguin, John Storgårds and Kazuki Yamada.

The 2017/18 season sees Elts return to Finnish Radio Symphony, Scottish Chamber Orchestra, RTE Dublin Orchestra, Ulster Orchestra, Warsaw Philharmonic, Slovenia Philharmonic of Llubljana, Robert-Schumann Philharmonie Chemnitz and debut with Seoul Philharmonic. Crossing genres, Elts tours to the Konzerthaus Berlin with the theatre-concert production which combines Mendelssohn and Shakespeare’s “Midsummer Night’s Dream” with the Tallinn-based theatre company NO99. For Leonard Bernstein’s 100thanniversary, Elts conducts the film “On the Waterfront” with live orchestral accompaniment of the soundtrack both with the Orchestre Philharmonique de Luxembourg and on a return to Orquesta Sinfonica do Porto Casa da Musica. Recently Elts conducted Orchestre National de France at the Paris Présence Festival featuring new works by Kaija Saariaho, Ondřej Adámek and Helena Tulve. With the National Arts Orchestra Ottawa he conducted the world premiere of Gary Kulesha’s Diary of Virginia Woolf. This season sees the continuation of a recording project of works by Estonian composer Heino Eller including Eller’s violin concerto with Baiba Skride and the Estonian National Philharmonic. Elts’ discography for Ondine includes a disc last season of Erkki-Sven Tüür works with Tapiola Sinfonietta including the viola concerto with Lawrence Power, and a release of Tüür’s Symphony No. 5 for electric guitar, orchestra, big band and the accordion concerto Prophecy. His 2016 recording of Brahms’ arrangements (Detlev, Berio) with Helsinki Philharmonic won high praise.