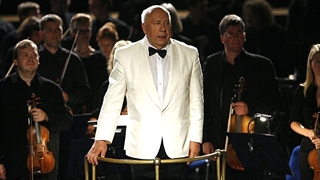 World-renowned maestro Neeme Järvi will be returning to his post as artistic director of the National Symphony Orchestra (ERSO) at the start of next season, the organization has announced.

Järvi had accepted the job of principal conductor of his native country’s premier orchestra last year, but left in November after a row with then Minister of Culture Laine Jänes over her firing of the orchestra’s executive director.

Jänes was replaced by Rein Lang in early April.

The 73-year-old’s return is something of a coup for ERSO’s new director Kadri Tali, who said in March that he was her first choice for the conductor spot.

“For us the end of this season is rather a new beginning. We note that all the bad is left behind us, and it’s only upwards from here on out,” uudised.err.ee quoted Tali as saying.

Järvi will be working alongside his son Paavo Järvi, who will continue as artistic adviser, a role he has carried out since 2002.