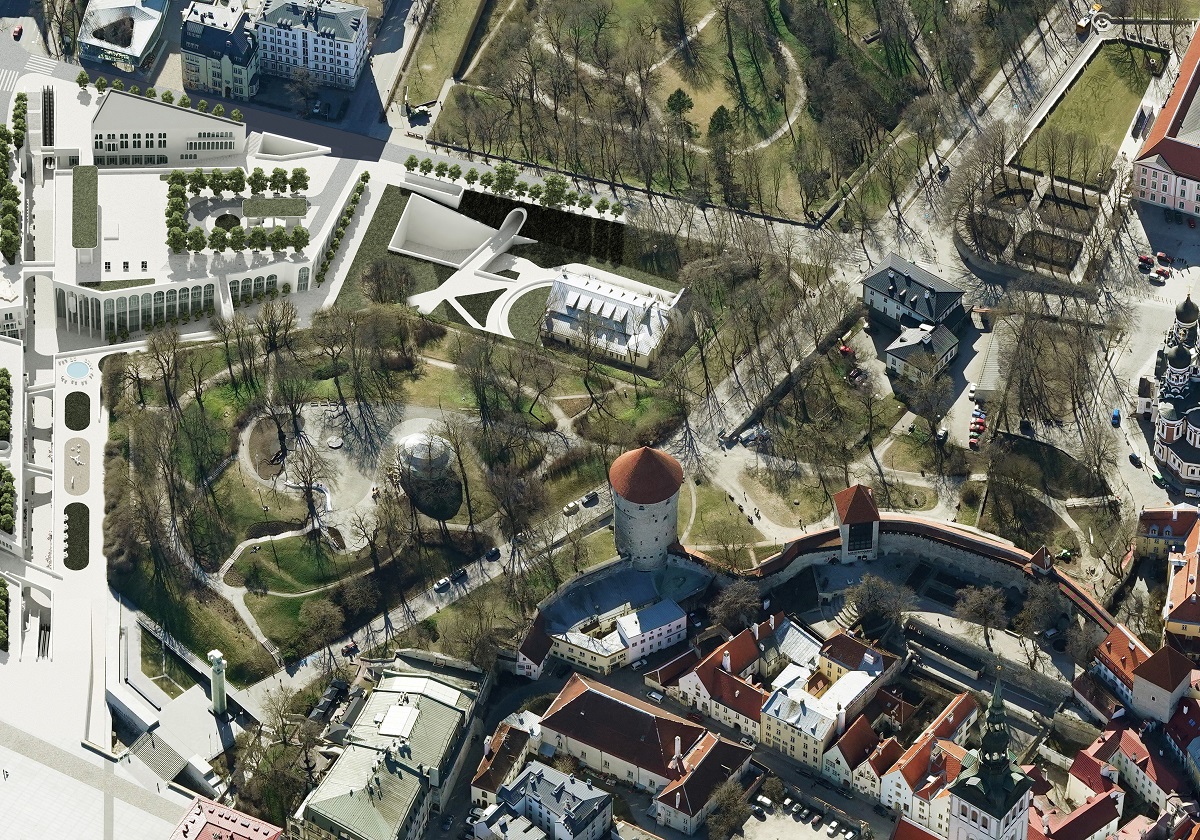 The Estonian National Symphony Orchestra (ERSO) and the Estonian Philharmonic Chamber Choir have said they want to build a new concert center in Tallinn, which would provide a hall that meets modern standards.

ERSO’s chief conductor Olari Elts says the two bodies are not planning to build anything as yet, but they have an interesting idea which architect Villem Tomiste has provided an interesting angle on, and they have a location in mind that requires a wider discussion.

There are two halls planned for the concert hall: a large hall with 1500-1700 seats and a chamber hall, which can also be used as an open-air stage during the summer with a movable wall.

In addition to the two halls, the building would have a number of large and small rooms which are suitable for receptions, events, smaller conferences and other things that could be rented out to cover the administrative costs of the concert hall.

The current plan for the concert hall would see it built near Toompea along Kaarli puiestee.

Elts said that the concert center is needed because neither ERSO, the Philharmonic Chamber Choir nor the Music Information Center (Muusika Infokeskus) has a permanent home, and the capital doesn’t currently have a facility of this kind close to the Old Town.

“Estonian musicians don’t have this kind of a ‘beehive’, where there’s a buzz going on from morning to evening, with a concert hall that meets modern requirements,” Elts said.

Elts said the Estonia concert hall in central Tallinn is very good but is a little small.

“The necessary conditions for high-quality work are lacking, not to mention the Estonian Philharmonic Chamber Choir, which doesn’t have a home,” Elts said, adding the chosen location is complicated, hence their proposal, which will definitely need discussing.”

Elts said that they don’t want to renovate an existing building either, but one proposal is a location at Harjaoru, currently occupied by a parking lot and opposite the Vabamu museum, which could host a new building.

“This is that kind of a place, and there are few of these places in Tallinn as we know, where there could be something bigger and we hope that there could be one such beautiful concert hall that could be open from morning to night and in addition to the concert hall there would be various other institutions and a point of contact with other fields of art,'” Elts said.

Elts repeated that they are not going to build anything, but this is an idea they want to discuss more broadly, and a city forum will be held soon.