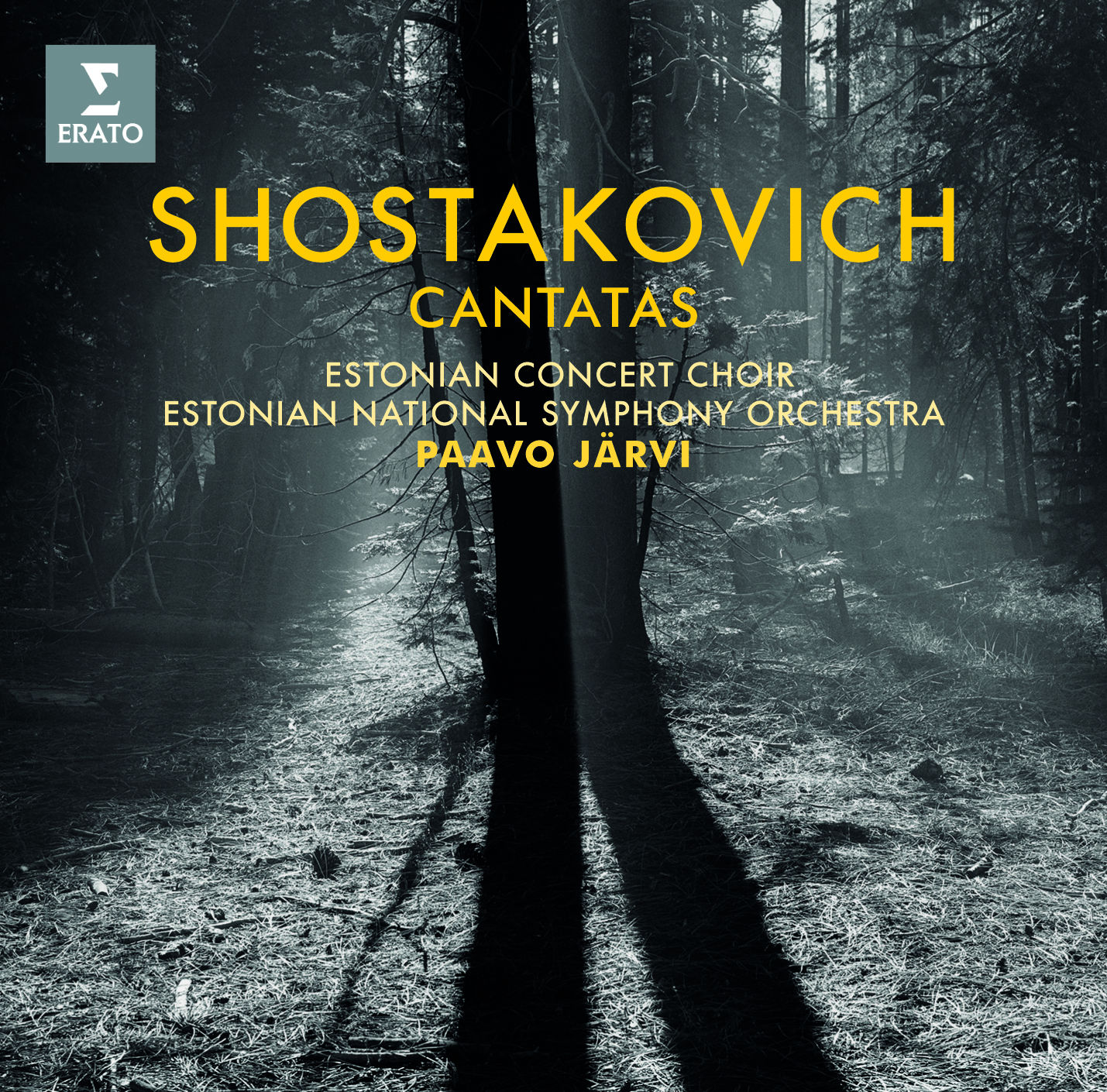 A trio of new discoveries for me this week, with a disc of three lesser-known cantatas by Shostakovich, performed by the Estonian Concert Choir and Estonian National Symphony Orchestra, and conducted by Paavo Järvi.

I think it’s fair to say that Shostakovich occasionally found himself in trouble with Stalin’s regime, notably in 1936 with the condemnation of his opera, Lady Macbeth of Mtsensk, by Soviet newspaper Pravda, which contributed to his withdrawal of the Fourth Symphony later that year for fear of upsetting the authorities further. In 1948 he came under fire from the state-sponsored Composers’ Union, and subsequently lost his teaching job at the Leningrad Conservatory, as a result of which he found himself having to write works that would be more favourable to the state, including two of the cantatas featured here, both featuring texts by officially-approved poet Yevgeniy Dolmatovsky.

The first of these is The Song of the Forests from 1949, extolling the virtues of Stalin’s reforestation programme. You can get a flavour of the poem’s tone if I tell you that it includes sections such as “We will clothe our homeland with forests”, “A walk into the future”, and “Glory”. Despite the restrictions imposed upon Shostakovich (after the first performance he is reported to have returned to his hotel room, wept, and then consumed copious amounts of vodka!), his distinctive musical voice still shines through, not least in the melancholic movement entitled “Memories of the past”, and in the propulsively rhythmic section, “The people of Stalingrad go forth”.

If ever there were a piece clearly intended to keep the regime happy, it would be the cantata entitled The Sun Shines over our Motherland, performed in Moscow in 1952 and dedicated to the Nineteenth Congress of the Communist Party. General consensus seems to be that this is not Shostakovich’s finest hour (one programme note I came across described it as a “lumbering and on-the-whole unlovely cantata”!). I have to say, though, that I rather enjoyed it, even if it does sound less like his normal compositional style than the other two pieces. It begins with an extended passage for children’s choir, here sung with great commitment by the Narva Boys Choir, after which there is a wonderfully radiant passage for the full chorus. Yes, Shostakovich may have felt it was merely full of empty bombast, but I was certainly swept along by the passion of the singing and the playing. The brass outbursts really are thrilling, especially during the closing section, where a triumphant motif for trumpets and trombones brings the work to a rousing conclusion.

By the 1960s (post-Stalin), Shostakovich was under reduced pressure from the authorities, and as such his 1964 piece, The Execution of Stepan Razin, was less constrained by extra-musical impositions than in the other two cantatas. He therefore took the opportunity to compose this thinly-disguised critique of the regime, using a tale of the 1671 execution of the eponymous Cossack rebel in Moscow. Järvi himself suggests that this piece shows us Shostakovich at his best, and I’m somewhat inclined to agree with him: from the portentous brass opening, shrieking woodwind writing, and macabre violin solos it’s full of gripping orchestral effects. The closing moments of the piece, in which the mighty bass voice of Alexei Tanovitski is joined by the full chorus to describe the striking image of Stenka’s severed head bursting out laughing in mockery at the Tsar, are tremendously vividly realised here.

Järvi’s evident belief in the music’s quality is greatly responsible for the success of this recording, and he and his Estonian forces show that there is still much to enjoy in all three pieces, no matter how painful to Shostakovich the requirements of their composition may have been.