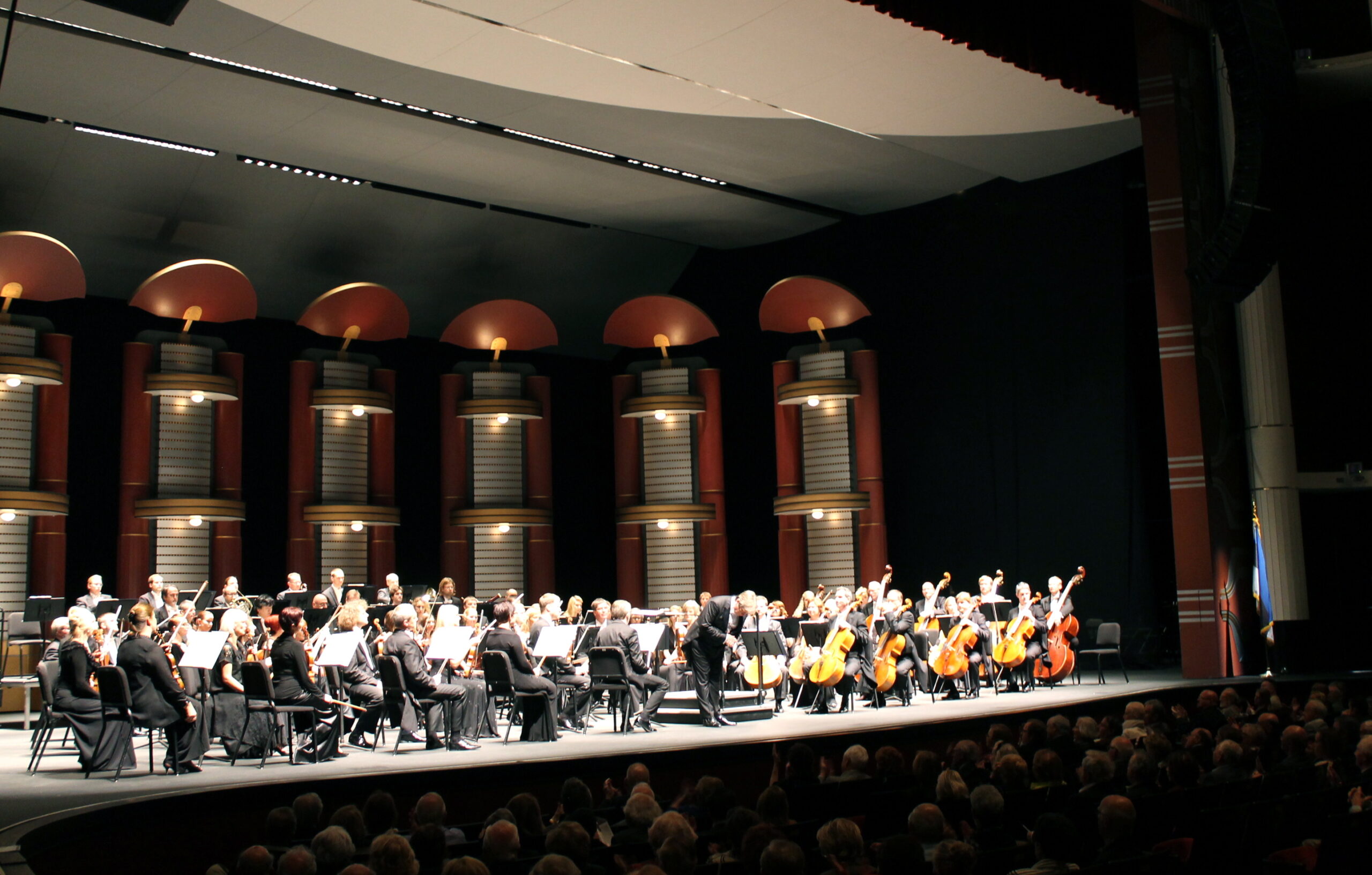 The Estonian National Symphony Orchestra made a stunning South Florida debut Wednesday night at the season opening of the Regional Arts Concert Series, the flagship classical offering of the Kravis Center in West Palm Beach.

While this ensemble has not had the wide exposure on recordings and concert tours of North America that better known groups have received, the Estonian orchestra is nothing short of world class. The ensemble has long been associated with  renowned Estonian conductor Neeme Jarvi, its artistic director in the 1960′s and 70′s who returned to that position in 2010. Jarvi led the New York and West Coast concerts on the current American tour.

The Kravis concert was under the direction of Nikolai Alexeev, the group’s former principal conductor. (Note: Saturday night’s performance at the Broward Center will be conducted by Anu Tali, recently named music director of the Sarasota Orchestra on Florida’s Gulf Coast.)

The Overture No. 2 by Estonian composer Veljo Tormis was a lively opener that showcased the orchestra’s corporate strengths. In the busy, rapid figurations that commence this curtain-raiser, the striking precision and tonal luster of the string section was remarkable. In an era of orchestral globalization when so many ensembles sound homogeneous, it was a pleasure to hear the orchestra’s winds, particularly the flutes and oboes. These players produce a tangy, appealingly raw sound that is distinctive yet blends into the instrumental texture smoothly. Brass are mellow and beautifully balanced without the harshness of some Eastern European ensembles.  In Tormis’ brisk score, the entire group shone impressively, the winds bringing delicacy to the darkness and mystery of the central episode.

Armenian cellist Narek Hakhnazaryan was the Gold Medal winner in the cello division of the 2011 International Tchaikovsky Competition. He counts the late Mstislav Rostropovich among his mentors and studied at both the Moscow and New England conservatories.

Hakhnazaryan’s performance of Dvorak’s Cello Concerto in B minor was  electrifying. Playing with lean, compact sonority, he swept through the opening Allegro at a daringly fierce clip, yet displayed agile dexterity in the cadenza with its forays to the instrument’s high register. The lyrical second theme was assayed with broad, aristocratic authority.

In the slow movement, Alexeev shaped the melodic lines in an  unusually fleet manner, emphasizing the music’s roots in Czech folk music. Hakhnazaryan’s beautifully varied dynamics emphasized bold contrasts, from a barely audible whisper to a full throttle singing line. He brought a sense of deep sadness to the movement’s closing pages without exaggerated bathos.

In the finale, Hakhnazaryan’s cello sang out at top volume over the full ensemble at top speed. The collaboration between soloist and conductor was tight and well coordinated, Alexeev and the orchestra equals for this intense and exciting music making.

The Kravis audience, which can sometimes seem tepid and unenthusiastic, responded with cheers and bravos. Hakhnazaryan offered a daring encore, Lamentatio, by Giovanni Sollima. In this improvisation on a Romanian folk song, the cellist sang and chanted as he played an austere, almost liturgical melodic line, suddenly taking off with finger-breaking trills and stops at high speed in a tour de force. This young cellist is an amazing musician whose future career holds the greatest promise.

Brahms’ Symphony No. 2 in D Major was a fine vehicle for the orchestra’s gleaming sonority, in a performance astutely melded by Alexeev.

The conductor led a straightforward, flowing account of this most pastoral of Brahms symphonies, bringing rhythmic incisiveness to the Allegretto and finale. This was the kind of authoritative, satisfying performance that such conductors as Eugene Ormandy and Alfred Wallenstein regularly offered in the past but is too rarely heard today.