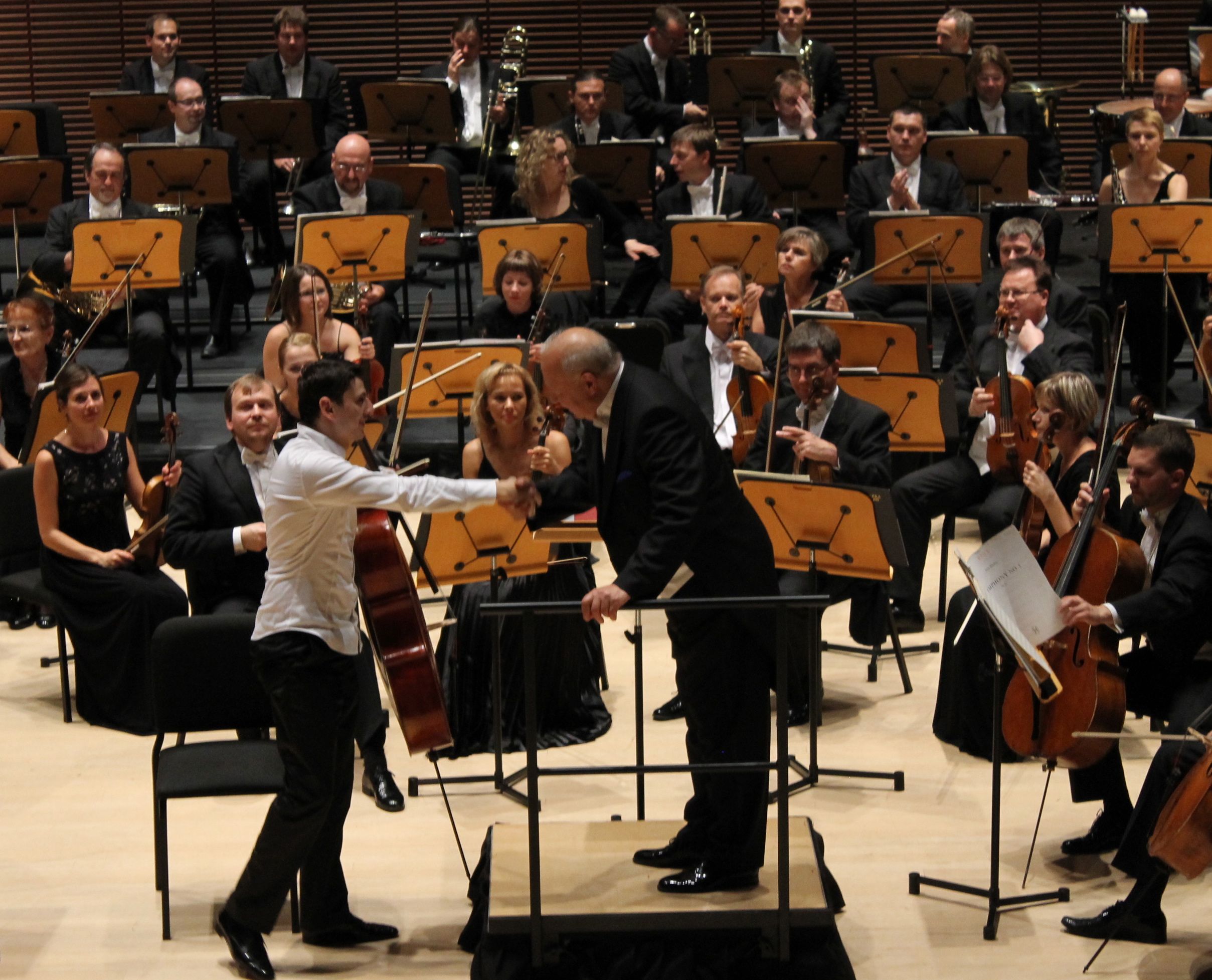 Estonian is a language dominated by overlong phonetic sounds. Double letters and umlauts are common. The Estonian name of the Estonian National Symphony Orchestra, which appeared at the Soka Performing Arts Center in Aliso Viejo on Sunday afternoon, is Eesti Riiklik Sümfooniaorkester. It was led by its artistic director and principal conductor, Neeme Järvi. The first piece was by Arvo Pärt. These are not names meant to trip off the tongue but to be allowed to resonate generously in the vocal cavity.

That also describes the remarkably cavernous quality of the ERSO’s sound. It is an orchestra that seems absolutely rooted to the Earth. In Pärt’s “Cantus in Memory of Benjamin Britten” for string orchestra and one bell, that bell stirs the air. The strings create swirling resonances that get louder and lower and slower. After five or six minutes the motion stops as if the ground has swallowed the strings and all that is left is the bell, dying away.

The effect in Soka’s acoustically resonant space, designed by Yasuhisa Toyota (also Walt Disney Concert Hall’s acoustician), was breathtaking. This is an orchestra boasting a majority of eager (and stylishly attractive) young players. The 76-year-old Järvi, on the other hand, is an old Estonian lion, and the Pärt performance, short as it was, was a solemn observance of stopping time and sinking into the ground on which we stand, a ceremony in observance of the mystical force of gravity.
Järvi, who has headed the Detroit Symphony and Sweden’s Gothenburg Symphony, is known for not specializing but instead enjoying a huge repertory. He has made more than 500 recordings, and if you recognize all the composers you could get rich playing musicological “Jeopardy!” were there such a thing. He once said in an interview that he has thousands of CDs around his house, and they are not organized. When he wants to hear something, he picks one up at random and allows himself to be surprised.

Nevertheless, Järvi has shown a strong affinity for Dvorák and Sibelius, and his recordings of their symphonies are notable for their straightforward honesty. Those were also the composers featured at Soka. The young Armenian Gold Medalist in the 2011 Tchaikovsky Competition, Narek Hakhnazaryan, was the soloist in Dvorák’s Cello Concerto. After intermission, the orchestra turned to Sibelius’ Fifth Symphony.

What has changed over the years with Järvi is the increased heaviness to his interpretations. He gave a lumbering weight to the opening of the Dvorák that would have been oppressive if it weren’t so impressive. When the lyrical second theme came in, the effect was that of a sunrise gradually changing the atmosphere.

Hakhnazaryan had what few other cellists can boast: the power to stand up to such a wall of dark, overpowering Estonian sound. Dressed in a body-hugging white shirt and slim slacks, he seemed to fit right in with the other cosmopolitan-looking young people on stage as he ferociously attacked the concerto.

Even his grandly shaped lyrical phrases had the quality of mowing down anything in his way. His tone is as gorgeously sure as it is huge. His encore was a strummed, folk-like obscurity: “Chonguri” by Sulkhan Tsintsadze, a Georgian composer. Hakhnazaryan is clearly on his way to a big career.

The Sibelius that followed was all granitic grandeur. It so happened that Esa-Pekka Salonen conducted the same symphony with the Los Angeles Philharmonic in Disney Hall a week earlier. And if that is not enough of a coincidence, the concerto then was Salonen’s for violin, written for and played by Leila Josefowicz, whose first husband was Krystian Järvi, Neeme Järvi’s son.

Details weren’t entirely lost. The oboes stood out for their tangy timber, which may be an acquired taste. But this is an orchestra best in the lower instruments. The basses have a beguiling magnificence. The horns supplied golden opulence.
The sharply delineated chords at the end were not, as in Salonen’s hands, startlingly unpredictable. They were long and certain, the symphonic equivalent of hammers driving stakes into the ground or Pärt’s pealing bells.

Nor was even that enough resonance for these Estonians. When Järvi acknowledged the audience’s bravos, he jokingly conducted those too.