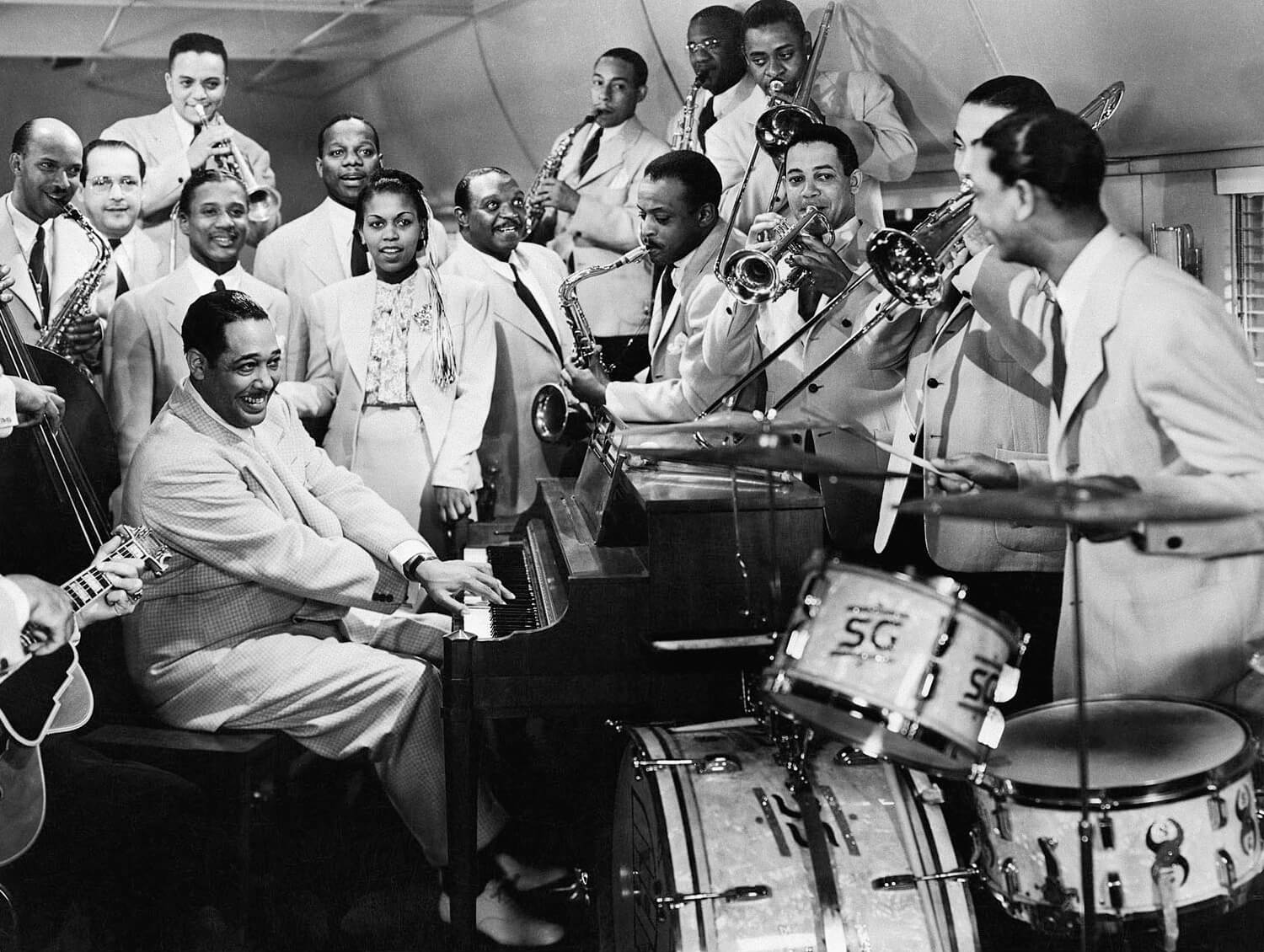 Ellington/Lindberg
„Do Nothing Till You Hear From Me“

Ellington/Rissanen
„It Don’t Mean a Thing“

Ellington/Berger
„Take the A Train“

The Estonian National Symphony Orchestra and the New Wind Jazz Orchestra meet on the same stage in a unique way to together bring to the audience Duke Ellington’s works to the big orchestra. “Harlem”, “Non-Violent Integration”, “Night Creature” are works from the iconic album “Symphonic Duke Ellington,” recorded in 1963, where the symphony orchestras of Paris, Stockholm, Hamburg, and La Scala play together with Duke Ellington.

Already as a child, Edward Kennedy Ellington was nicknamed Duke by his friends due to his gentleman-like behavior. Among the abundant prizes of the great American jazz figure, is the Presidential Peace Medal received from President Nixon and the special Pulitzer Prize awarded posthumously.

New Wind Jazz Orchestra combines in itself virtuoso play, young and fury temperament, and professionalism. The new big band has been convened with the aim of promoting the culture of Estonian jazz orchestras, actively giving concerts, cooperating with Estonian and foreign orchestra conductors, and representing Estonia in competitions for foreign big bands.