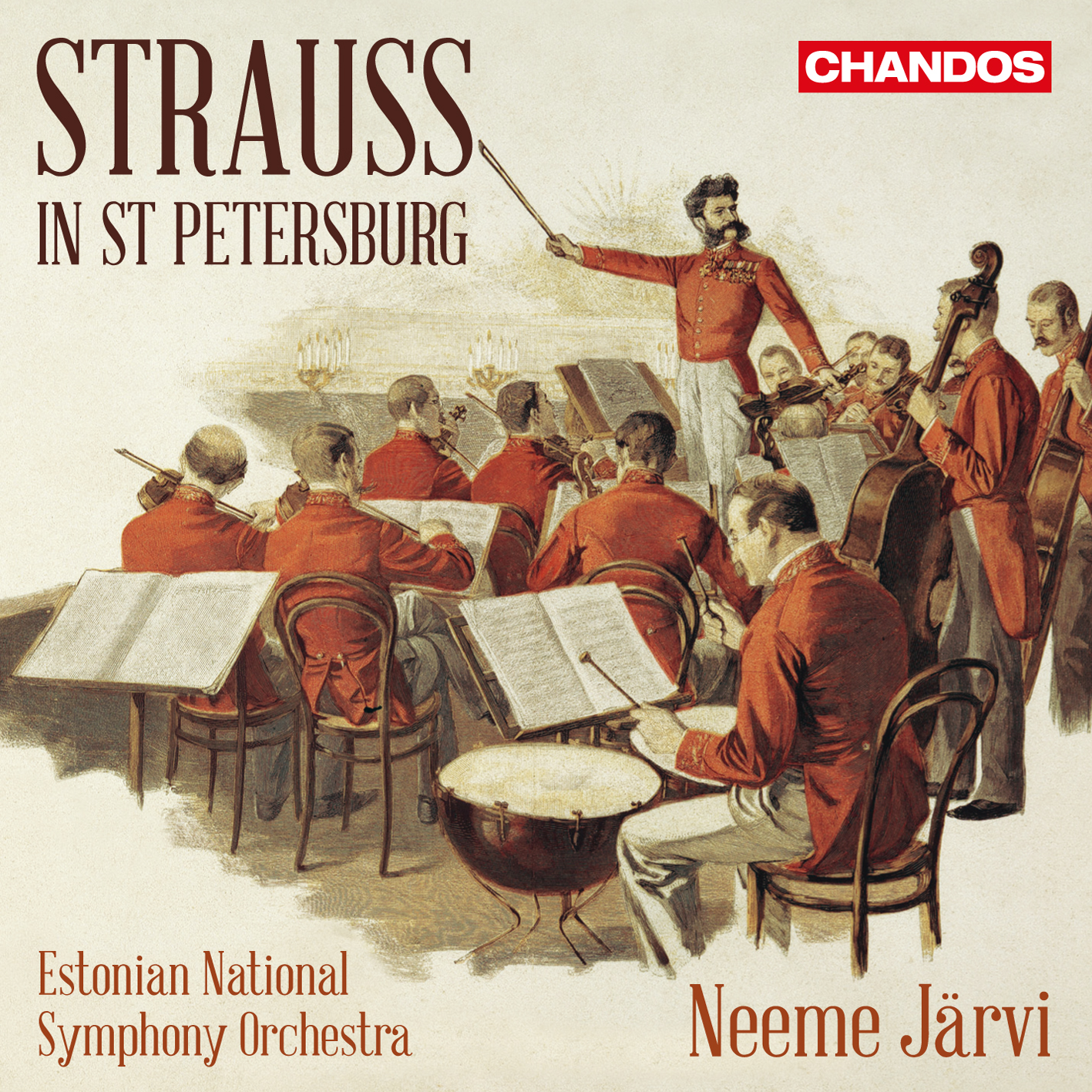 Reviews:
“This release celebrates Jarvi’s 80th birthday and the Estonian National Symphony’s 90th. It’s full of enjoyable music … Performances are all excellent… he [Jarvi] directs the music with just the right flexibility and precision. Nothing is rushed or skimped. His control of orchestral balances is good … The ENS is a large orchestra, thus the richness of sound makes all the more effect. To all concerned, happy anniversaries.”
Don O’Connor – American Record Guide – September/October 2017

“… For the Strauss admirer who wants a program that presents something other than the “usual suspects,” this CD is a safe and happy recommendation.”

Performance ****          Recording *****
“… Neemi Järvi and his Estonian players impart to these endlessly inventive scores an infectious send of joie de vivre and conviviality that no doubt reflects the spirit in which they would have been performed during sunny afternoons spent in St Petersburg’s Pavlovsk Park. Typically first-rate production values from Chandos, including exemplary booklet notes from Strauss aficionado Peter Kemp … generous playing time and luxurious engineering that imparts to this glorious music a sparkling summer radiance and warm glow.”

“… so much musical entertainment; 20 tracks in all, with a handful of perennials scattered among the rarities, a veritable party-pack of Strauss family exotica. Järvi’s performances are spirited and straightforward. Most enjoyable.”