The link between Roman Matsov and ERSO lasted for a much longer time than the 13 seasons when he was its principal conductor. It began in 1938 when he became a violinist in what was then Symphony Orchestra of the State Broadcasting Company (present ERSO). During World War II he conducted the symphony orchestra consisting of musicians who had evacuated to Yaroslavl in the rear of the Soviet Union, and from autumn 1944 Symphony Orchestra of Estonian Radio Committee (now ERSO) in Tallinn. From 1950–1963 he was the principal conductor of Estonian Radio Symphony Orchestra (the present ERSO) and from 1963–1988 a regular conductor of the orchestra. Roman Matsov gave his last full-length concert with ERSO in April 1997, on the occasion of his 80th birthday.

Despite the Soviet repertoire policy, Roman Matsov managed to perform several religious vocal symphonic compositions by Bach, Handel, Mozart, Beethoven and Schubert. Namely ERSO was the first in the Soviet Union to perform many works of Stravinsky, Schoenberg, Webern, Orff and other 20th-century composers. After premières in Leningrad or Moscow, Shostakovich’s symphonies were often played for the second or third time in Tallinn. Matsov actively promoted Estonian music, performing and recording the works of Eller, Tamberg, Ilves, Rääts, Pärt, and others.

Roman Matsov (27 April 1917 – 24 August 2001) graduated from Tallinn Conservatoire cum laude in two specialities – piano in the class of Sophie Heinrichs and Theodor Lemba, and violin in Johannes Paulsen’s class. In 1939 Roman Matsov continued his education under Georg Kulenkampff and Walter Gieseking in Berlin and in 1940 in Leningrad Conservatoire. In 1946 he won the Second Prize at the Conductors’ Competition of the Soviet Union. From 1950–1963 he was the principal conductor of Estonian Radio Symphony Orchestra, from 1944–1950 and 1963–1988 a regular conductor of the orchestra. From 1947 to the end of his life, he taught at Tallinn Conservatoire (from 1977 as a professor). His students include Vallo Järvi, Erich Kõlar, Peeter Lilje, Endel Nõgene, Tõnu Kaljuste, Jüri Alperten, Arvo Volmer, Toomas Vavilov, Olari Elts, etc.

Roman Matsov conducted orchestras in many cities of the Soviet Union and abroad (Bulgaria, Romania, the German Democratic Republic and elsewhere). In the 1950s he also conducted performances at the Theatre Estonia.

Recognitions: People’s Artist of the Estonian SSR (1967), Lifetime Achievement Award of the Estonian National Culture Foundation (1995), Order of the White Star of the Third Class (2001). 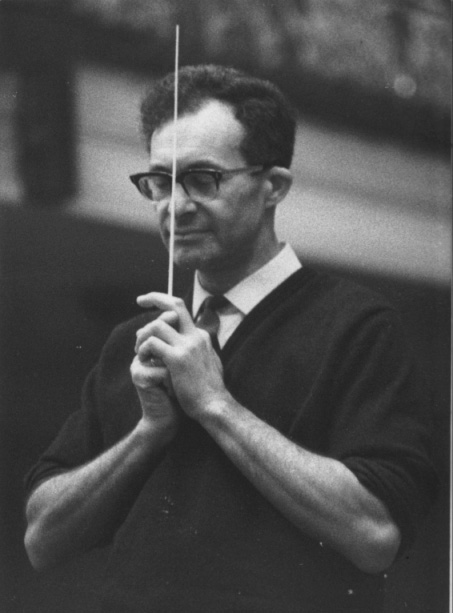