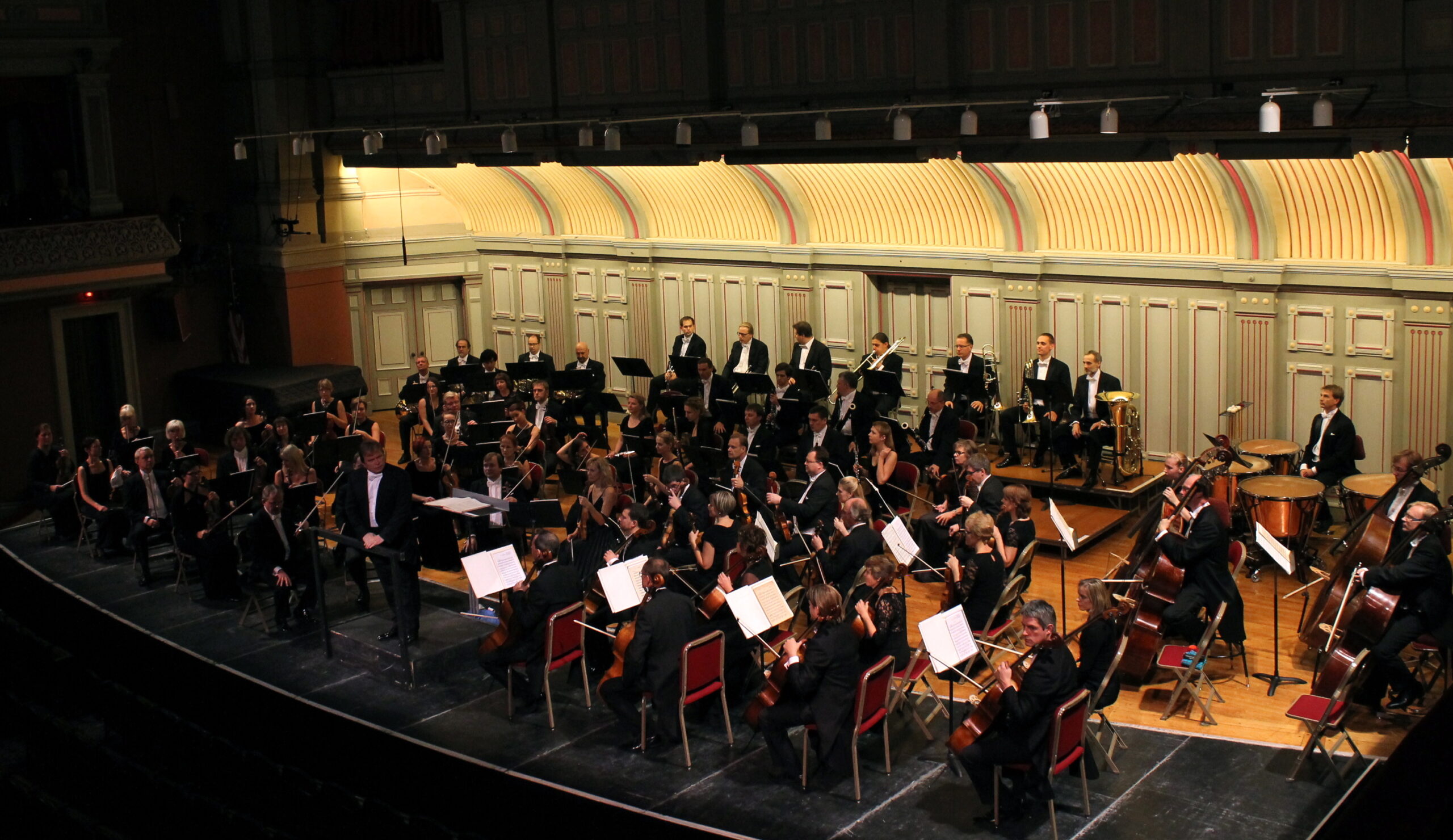 The Estonian National Symphony Orchestra debuted Monday night at the Troy Savings Bank Music Hall in an impressive display of superior music making. The 86-piece ensemble is near the end of its three-week U.S. tour. It’s only the second time it has toured this country – the first being in 2009. The concert was part of the Troy Chromatic Concerts series.

What made the concert special was the orchestra’s conductor, Nikolai Alexeev. Currently the music director of the St. Petersburg Philharmonic, Alexeev had been Estonian’s music director from 2001-2010 and as such, is still considered one of its favorite conductors. Although not a physically flamboyant director, his understated moves were powerfully clear with an efficient beat and great cuing.

The orchestra is his vehicle. What Alexeev did with each piece’s phrasing could fill a book on how to achieve depth of interpretation through nuance, the arch of a line or the use of dynamics.

They began with Estonian choral composer Veljo Tormis’ fabulous Overture No. 2 (1959). This is considered almost his sole instrumental work. It was exciting, dramatic, very fast, colorful and with dark harmonies that would have sounded great behind some sci-fi flick. Alexeev kept a sustained intensity through the dark journey that even in an inner slower section had a sense of foreboding. The orchestra sounded vibrant.

In Sibelius’ Symphony No. 5 in E-flat Major (1915), the first movement swirled with melodic fragments in the winds amid string tremolos that evolved into mysterious abstract lines and a haunting bassoon solo, great organ-like chords and wide vistas. The second movement was light and prettily melodic and the finale had what is called “the swan theme” inspired by 16 swans Sibelius had seen the morning he was writing. Alexeev let everyone play full out. The crowd whistled and cheered.

By now the orchestra was fully warmed up and played Tchaikovsky’s Symphony No. 5 in E minor with great brilliance. The piece is a warhorse but under Alexeev’s baton it had new meaning. Alexeev was superb.

The opening phrases of the first movement were nicely arched before entering into a brisk tempo with much forward momentum. Dynamics were built carefully to not overwhelm too soon. There was much attention to clarity of rhythms and dynamic levels. The second movement with its marvelous French horn solo was silken with great ensemble work. The orchestra has a strong wind section that is balanced tonally.

The third movement was light, quick and flowing and the dramatic finale was a large landscape of complex layers. The audience jumped to its feet and roared its approval. The encore was the playful third movement of Prokofiev’s “Classical Symphony,” which was done with a slower than usual funky tempo.