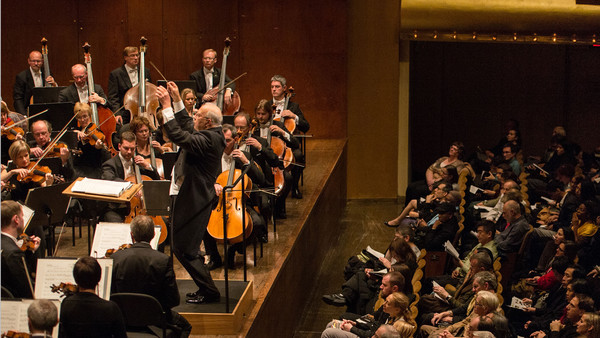 Under the baton of Neeme Järvi, the Estonians played with pride and warmth.

The Estonian National Symphony Orchestra, which played a spunky, also spiffy, concert at Lincoln Center on Sunday, has endured a chequered history. Formed in Tallinn 87 years ago, the ensemble has faced numerous musical, social, political and monetary challenges since its beginnings as a radio orchestra. The greatest problems arose, no doubt, in 1991 when Soviet rule ended, along with emigration restrictions, and half the roster migrated to the west. After some shaky vicissitudes, however, qualitative success returned, spurred by eager ambition.

It would require wishful reporting to claim that the Estonians exhibit the spit-polish precision or impeccable intonation of the world’s greatest orchestras. That mattered little, however, on this occasion. Communal pride soared high enough to minimise technical imperfections. With Neeme Järvi, a staunch old-school pro manning the podium, abetted by the marvellous Estonian Philharmonic Chamber Choir, redemptive warmth prevailed on both sides of the proscenium.

Järvi, officially listed as “artistic director”, doesn’t indulge in podium gymnastics, and he certainly avoids interpretive emoting. He establishes leadership as a master of economy. At 76, he maintains a keen ear for balance and a refined sense of rhythmic propulsion, not to mention a connoisseur’s command of the climactic luftpause. He knows what he wants, and the Estonians give it to him.

The programme started dutifully with Overture No. 2, an 11-minute exercise in clichéd gush by Veljo Tormis. It was written in 1959, when the composer was 29. Serious work followed with the local premiere of Arvo Pärt’s In principio (2003), a tight, jaunty yet sensitive setting of verses from the Gospel of John. The choir sang with flexible bravado, echoed not quite as crisply by the players. The same composer’s terse Da pacem Domine (2004, expanded in 2008) offered serene contrast. Mozart’s Ave verum corpus provided three minutes of hushed purity, moving enough to justify an instant encore.

After the interval, Järvi presided over a lean yet lusty performance of Sibelius’s Fifth Symphony. In the climactic final movement, the fabled swans of Finland flew, yet again, with majestic urgency.