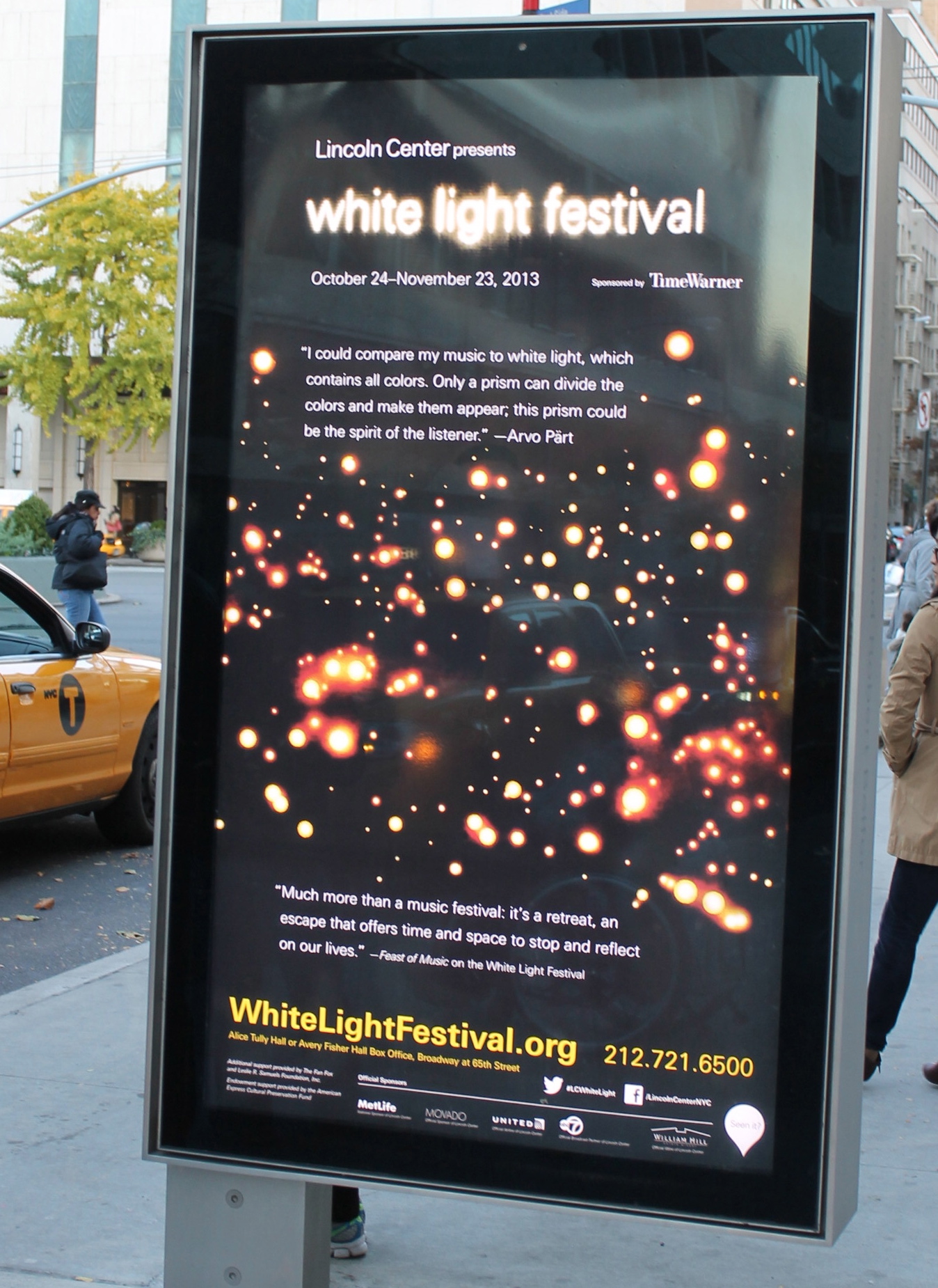 If any artist is emblematic of the spirit manifest in Lincoln Center’sWhite Light Festival, it might be Arvo Pärt. An Estonian composer based in Berlin for much of his career, Mr. Pärt achieved wide renown in the mid-1980s through a series of recordings on the German label ECM. His rise to prominence was also abetted by the conductor Neeme Järvi, a countryman whose continued advocacy was evident in a festival concert by the Estonian National Symphony Orchestra and the Estonian Philharmonic Chamber Choir at Avery Fisher Hall on Sunday evening.

The secret to Mr. Pärt’s success is not so hard to fathom. His mature works propose an alternative to astringent modernism and pattern-based minimalism alike, offering instead simplicity and piety fused in a manner easily likened to luminosity. Much of his music conveys tenets of Christian faith, but in a manner that invites contemplation and expresses conviction rather than proselytizing.

Small wonder that Lincoln Center has adopted a statement by Mr. Pärt as a motto for the festival, which is devoted to artistic expressions of notions of interior life: spirituality, for lack of a more exact term. “I could compare my music to white light, which contains all colors,” Mr. Pärt is quoted in the program as saying. “Only a prism can divide the colors and make them appear; this prism could be the spirit of the listener.”

That said, “In Principio,” the earlier and larger of two works by Mr. Pärt included in a program titled “Word Made Flesh,” extends well beyond asceticism. Hammering repetitions in the first of five movements echo choral dramatists throughout the ages, from Mozart and Beethoven to Orff and Philip Glass.

“Erat Lux Vera,” the work’s long, gripping middle movement, speaks more clearly in Mr. Pärt’s idiom. But “Quotquot Autem Acceperunt Sum” is lugubrious and anguished, and the concluding “Et Verbum Caro Factum Est” is closer to Mr. Glass’s stasis than to Mr. Pärt’s distinctive shimmer. Mr. Järvi elicited fine work from his musicians here and in the somber “Da Pacem Domine,” with only a slight edge of precision missing in some ensemble attacks.

An account of Mozart’s “Ave Verum Corpus” was subdued and gauzy, as if inhabited by Mr. Pärt’s spirit. Repeated immediately as a reprise, the same piece sounded more forthright and upbeat. Two instrumental works framed the program: Veljo Tormis’s Overture No. 2, a bracing curtain-raiser redolent of Sibelius and the Estonian Eduard Tubin; and Sibelius’s Symphony No. 5, with all the slippery transitions and boisterous climaxes authoritatively handled. Another Sibelius, “Andante Festivo,” provided a blithe encore.