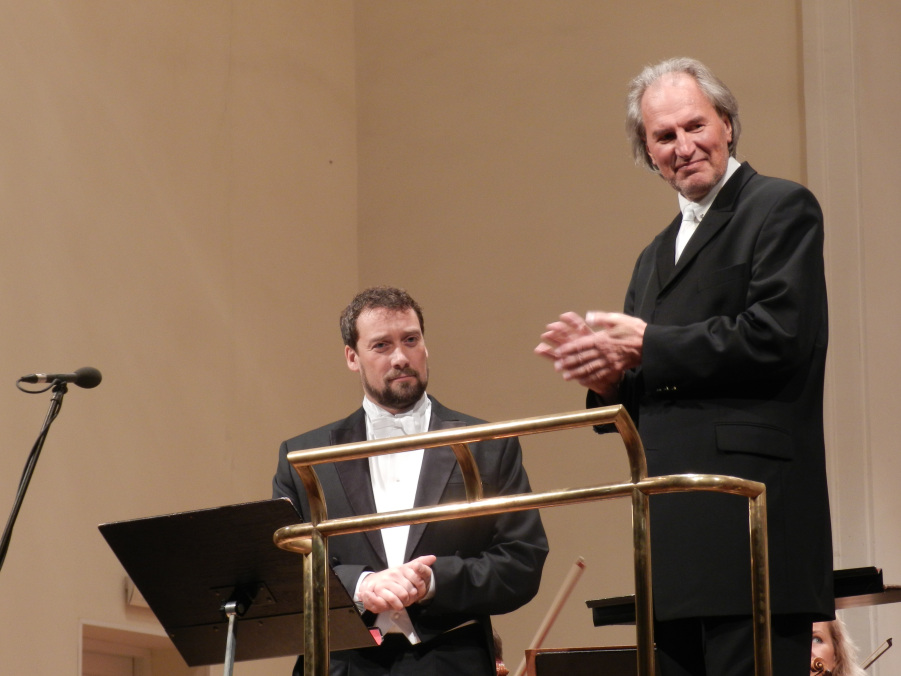 Nargenfestival 2013 kicked off on Friday evening in Tallinn with a performance by the Estonian National Symphony Orchestra led by conductor and Nargenfestival director Tõnu Kaljuste. The featured soloist for the concert was Estonian international bass Ain Anger. Anger performs with the Vienna State Opera and has seen many roles in productions of Wagner on stages the world over. He began with three lieder from Hayden which were superb, but what followed was truly spellbinding. Two works by Estonian composer Tonu Korvits brought out all of the power Anger’s voice; Aeg and Viimane laev were absolutely amazing. The two works displayed Korvits’ fascination with the mythology of northern lands and were akin to epic poems. Anger is an emotive and gifted singer of great technical skill. Korvits’ songs were grave and beautiful and interpreted with Anger’s consummate singing prowess.

The Nargenfestival continues through the summer at unique locales around Estonia. The festival is named for the small island of Nargen (Naissaar) off the coast of Tallinn. Some events will be held on Nargen as well as in Haapsalu for “Greek Days”. A world premiere opera about the life of Bernhard Schmidt, an inventor from Nargen, will be performed at the Noblessner Foundry in Tallinn’s Kalamaja neighborhood in August and the Nargenfestival concludes, as always, with Arvo Part Days in September. See the Nargenfestival homepage for the complete program.